Over the past few months, TLR has been pretty quiet. There were a few new parts like low frequency springs etc introduced a little while back, but now we know why they’ve been keeping things on the down low. There’s so many ways to make a car better. You can innovate or you can work on a car’s weakness and make it strengths and TLR has done a great job with releasing an update to the 22, known as the 22 2.0. (Watch this vid and Frank Root will explain everything to you in in 45 mins or so). 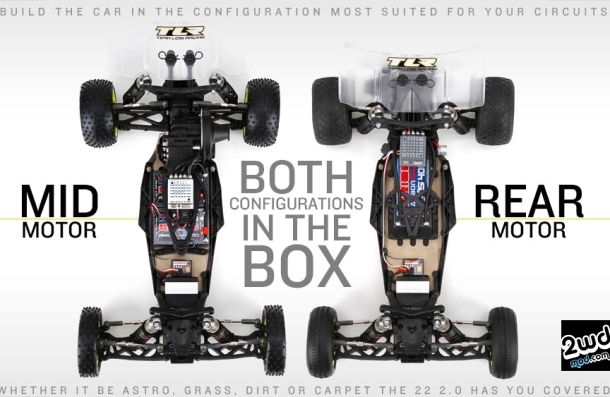 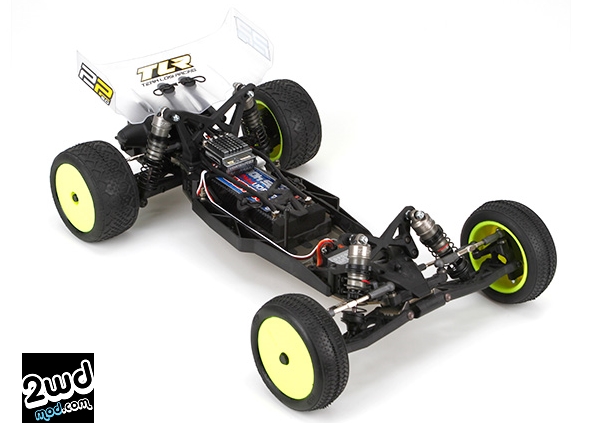 On the outside there is not much difference between the 22 and the 22 2.0, but really the small changes are subtle, but I’m sure it has improved the driveability of the car a tremedous amount!

Saddle packs anyone? The new kit comes with a hinge saddlepack battery strap that also doubles as a ESC tray. Easy, simple and effective as I’ve mounted many ESC’s on the battery tray like on my b4.2 when running the long pack and ESC inline before the ESC shelf was released.

Going above and beyond, TLR has included both the new HDS slipper for modified racing and the old slipper for stock racing.

One of the trouble areas I found in running the original 22 was the diff never really lasted as long as it should. Even with the good balls and thrust, it seemed to get crunchy quite quickly. So TLR stepped in and found ways to improve diff action with hardened diff rings and thrust rings and with tungsten carbide diff and thrust balls. They also went the extra mile by machining the outdrive lips so the diff rings can sit flatter for better, truer action. On top of that diff gear wobble is reduced with an updated diff gear that has little nubs to help the diff from moving around while under load for better wear and consistency.

Finally, right out of the box the kit comes with the bleeder caps. I’m a huge fan of bleeder caps (as long as they don’t leak!) b/c of how easy they are to bleed. In high temperature, sealed shocks are prone to volume up with air and cause improper shock stroke. The as the heat rises, the air expands naturally and thus requiring your shocks to be bled so you can get full stroke. Bleeder screws allow you to bleed the shock without take all the shocks off the car. Easy and fast for less maintenance time in the pits! It just allows you to focus on racing more and less rushing to get things done. This is handy if you run 2 or 3 classes which would require you to do this to all the shocks!

The rear arms are basically the same , but now there is a new hole on the inside! The hubs are also revised to clear the camber link even when mounted to the furthest hole out. Also note, there are aluminum washers throughout the car! This is a nice touch as its much nicer to have the aluminum washer instead of cheap plastic washers and now we don’t have to go buy them out of pocket making the value of the kit that much better out of the box. 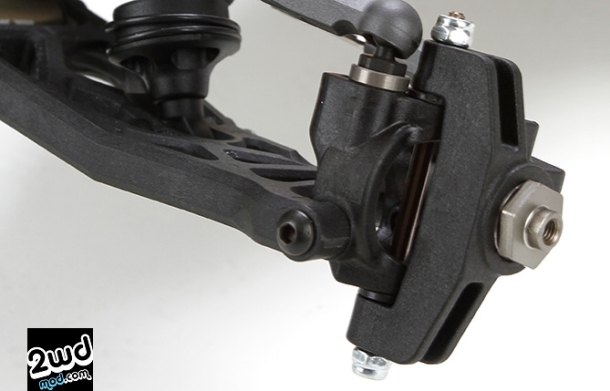 New revised front end geometry!! I wonder how effective this really is to the car’s handling. In the video, Frank Root made it clear that this was the main root to all the problems the 22 had. The inconsistency from track to track, the car’s issues with traction and why it fished back and forth when grabbing throttle, the twitchy hard to drive over aggressive characteristics, all resulted from how the front end would cause the rear end to react. Now with the changes they made, I’m really excited to try the new 22 out.

I always felt the 22 was one of the fastest cars to drive. It was/is a beast! When it was on and the conditions were right (super small window though), the car had the most speed potential out of all the cars I’ve driven to date. I mean dialed! However, when the conditions were not perfect, the car was straight up a handful to pilot. It was not fun and didn’t allow you to rep your driving skills. I often was left with the feeling, “Damn, what’s wrong with my car…..it didn’t perform so I couldn’t perform,” and that is not a good feeling. I really hope TLR delivers and if they addressed all the things they said they did in the video…this is going to be vicious mother f*ing car!