December 13th – 14th kicked off the first round of the Northwest Indoor Series in Tacoma, Washington at Tacoma R/C Raceway. A race series that wasn’t suppose to exist, but with a last minute decision by Scott Brown and a little help from the community…… the most competitive off-road racing series in the pacific northwest is back. This unique event caters to all the passionate off-road racers in efforts to unite the community for a weekend of friendship, competition, and fun.

The series starts out with round 1 at TRCR with a track layout so awesome, it was praised by everyone at the event. The words, “best track ever at TRCR” and “this layout is soooo dialed”, was buzzing around in the pits and I couldn’t agree more with the compliments to the track. The flow was great and the mix of jumps and elevations changes made for fun, challenging laps. The feature was undoubtedly the raised elevated chicane that went into a serious triple that flowed into a left hander. Once in a while you get to race on what I’d consider as the pinnacle of off-road track designs and this event, we were treated with such a layout. Awesome job by the TRCR crew for putting together one of the best layouts I’ve had a privilege to race on!

This 4 race mini series is a testament to those who like to travel and compete. There are no drops and a racer must attend all 4 rounds to be considered for the overall. However, it is is encouraged for racers to just race what fits their budget/schedule and to just have a great time with friends. The format is 3 quals with best 2 of 3 using qual points to setup for triple A-mains for ALL classes.

2wd Modified
In the 2wd modified class, it was the ‘Michael Schoettler Show’ as he dominated qualifying by winning all three rounds with fastest 5 minute times as well as the fastest lap and was untouchable by the competition all weekend long. On another level, Schoettler’s hometrack advantaged proved to be too much for his competitors as he would take top honors in qualifying and finish 1st in both A1 and A2 sealing up his 2wd mod victory. Qualifying 2nd and finishing 2nd, was Schumacher’s Mikey Brown who put solid runs and earned a hard fought 2nd place finish against raging competitors like Kyosho’s Tanner Day and Team Associated’s Harley Yoshii. Young Harley Yoshii would qualify 4th on the grid but with strong finishes in the triple A-mains with a 3rd, 4th, and 4th would net him 3rd overall for the class. Great job by everyone in 2wd modified! 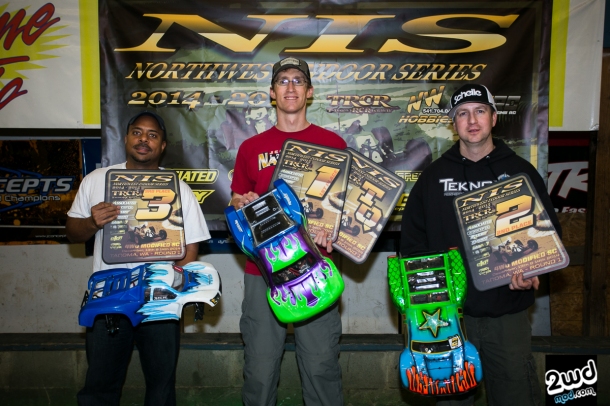 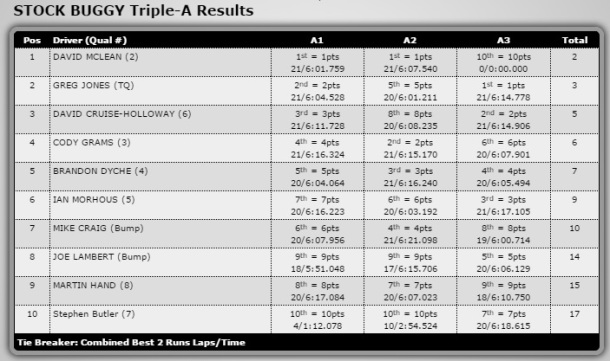 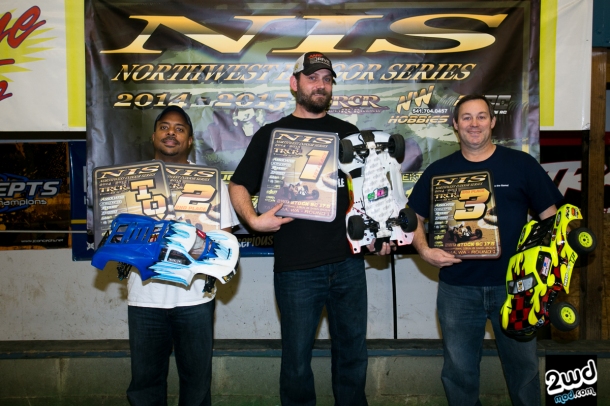 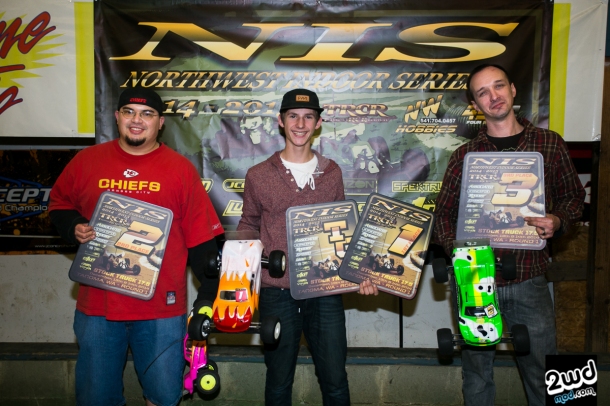 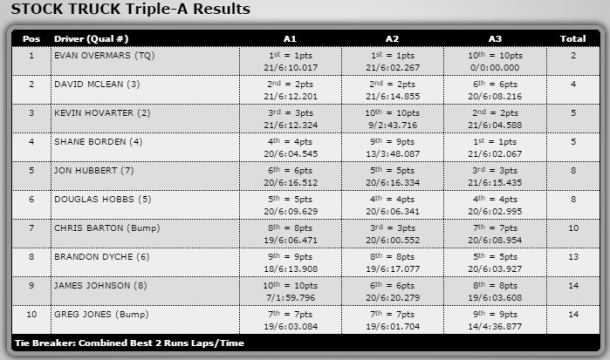 17.5 Pro Stock Buggy
The class of the weekend was the pro stock 17.5 buggy…. period! The field was stacked full of the most competitive stock buggy drivers around and these guys really know how to put on a show. Taking TQ honors was Kyosho’s newest driver, Shane Borden, who set the fastest time in qualifying by over 6 seconds with his fastest run. However, the mains would be a different story as another new Kyosho recruit, Ron Begeot would come from 5th on the grid to steal A1 with Borden getting caught at the line and only 1 second back from Begeot. Taking 3rd in A1 would be privateer Evan Overmars also piloting a Kyosho RB6.

A2 had a different twist as this time, Even Overmar would take over the lead on lap 3 and never looked back. Overmar would blitz the field taking a commanding win by over 5 seconds. 2nd place was Ron Begeot again improving on his 5th place start. Douglas Hobbs would also move from the middle of the pack and finish 3rd in A2.

With 1 win a piece, Overmars and Begeot were looking to take another win and seal the deal in A3 for pro stock champion. Borden however, decided to make the show even more interesting as he would put in his best run. Although, on the 1st lap as Borden was building his lead, he would roll his car over and needing to get marshalled allowing Begeot and Overmars to the front with a commanding gap. While on Overmar’s bumper and searching for a way around, Begeot would make a mistake and roll his car over on the 4th lap and ultimately put the final nail in his coffin to win A3. As the leader was controlling the gap to 2nd place, Borden would put in his best laps of the race and slowly started to close the gap on Overmars. With the gap down to about a second, Overmars would get it wrong in the double-triple section and come up just a little short short. By lap 14, Borden would take over the lead from Overmars with 2 minutes remaining. 2 laps later, Borden would make the same mistake in the same section as Overmars did previously by shorting the triple. Now with 30 seconds left, Borden would strap up and start to reel in Overmars once again, but what looked liked too little too late, Borden was gifted the lead on the last lap as Overmars fell short on the treacherous triple and giving the win to Borden. Overmar would finish 2nd and Tyler Miller in 3rd.

With this finish, all top 3 drivers would finish with the same exact results with 1 win and a second place finish and a 3 way tie for 1st place. With the tie-breaker in effect, the results are as follows. Great race guys!

Check out the video of A3 below and thanks to Anthony Honstain for the video.

Thanks to all that stop by to check out this site. I really appreciate everyone’s support as I try and create something for the positive that we would not have otherwise. Thank you to the track crew at TRCR for doing such a wonderful job on the track. Mega thanks to Scott Brown for heading the series as we try and provide the best racing in the NW. This series is for you guys and our community. Thanks to Woody Garwood for the extra pics and what you do for our hobby.

Please enjoy some pics below. 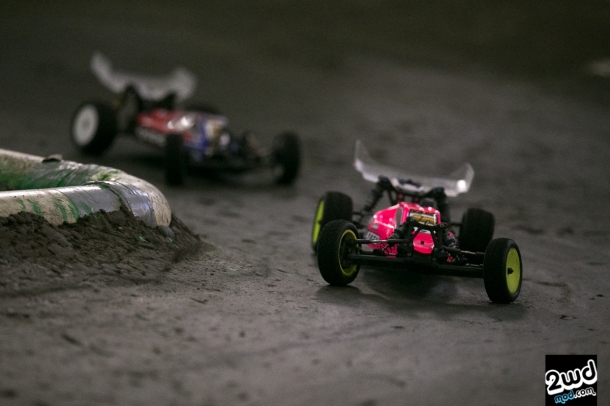 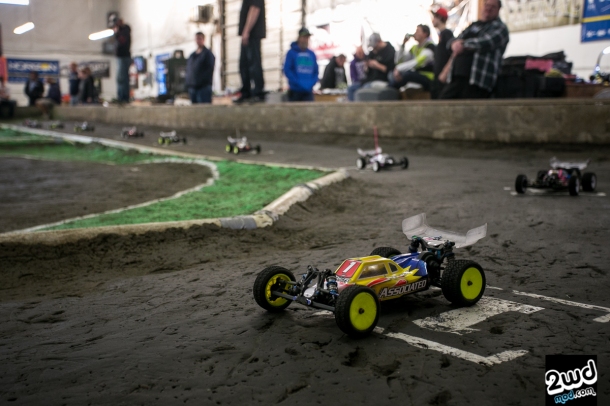 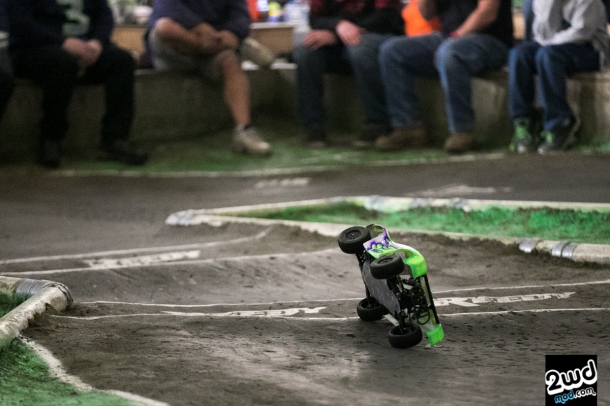 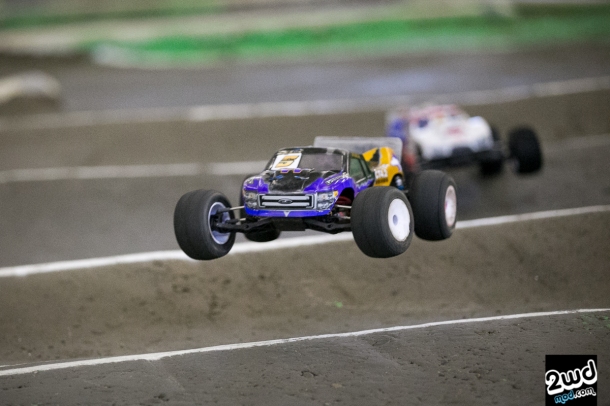 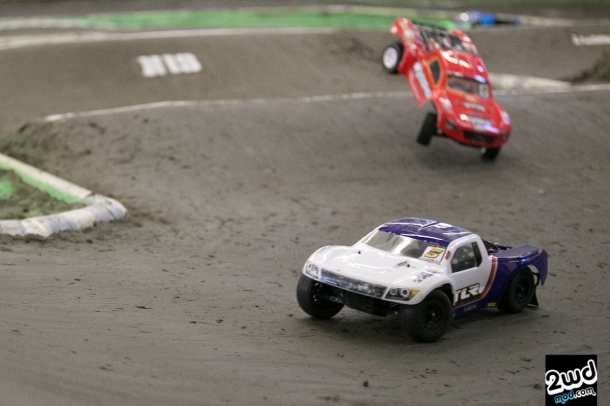 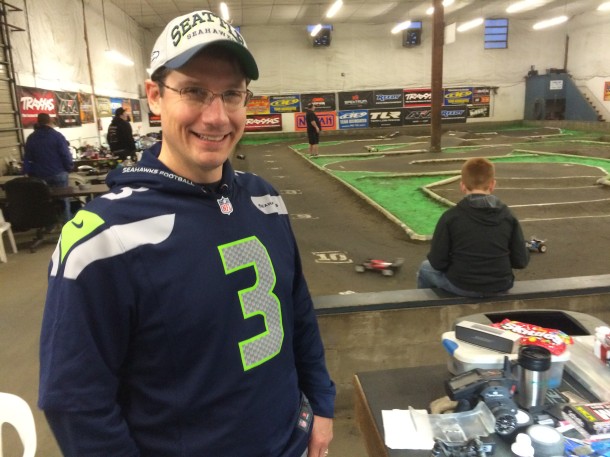