Another exciting round of qualifying is in the books. Round 2 looked very similar to round 1 with AE/Team Orion’s Ryan Cavalieri showing his dominance once again in qualifying. First, Cavalieri took TQ in the modified short course class by a ‘cushy’ margin of 3.3 seconds over short course king, Ryan Maifield. Local wonder-kid, AE/JConcepts’ Spencer Rivkin would finished 3rd leaving the SC overall TQ still open with both Cav and Rivkin with one win a piece. 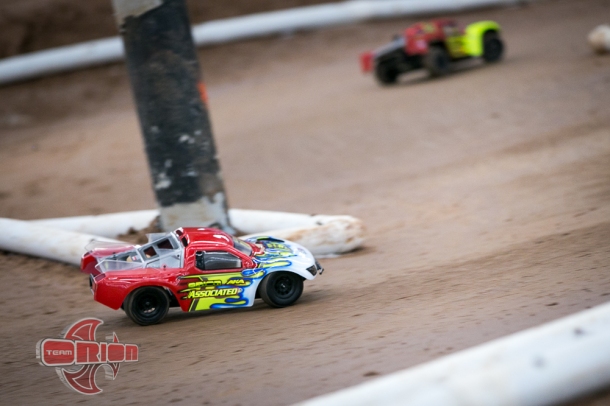 Next, Cav set his eyes on TQ’ing modified truck and was again able to put his AE/Team Orion powered T5M to the top of the charts by a comfortable margin. Kyosho/Orion’s Jared Tebo would battle back from an early mishap and finish 2nd for the round with AE/JConcepts’ Steven Hartson starting to find his groove to finish 3rd.

Pushing to make a clean sweep and trying to accomplish a perfect 4 for 4 in round 2, Cavalieri’s TQ challenge was just starting to get even more difficult in 4wd modified. However, like a true champion, once again Cavalieri set the fastest time against even a deeper field. Rivkin would keep Cavalieri honest the entire race and finished just 2.5 seconds back. TLR/Orion’s Ryan Maifield would find his way to the top 3 and build upon his weekend with a solid 3rd. With Cavalieri already TQ’ing 2 rounds in 4wd, the only hope to knock him off the top spot is to win by tie-breaker by TQ’ing the last 2 rounds tomorrow. 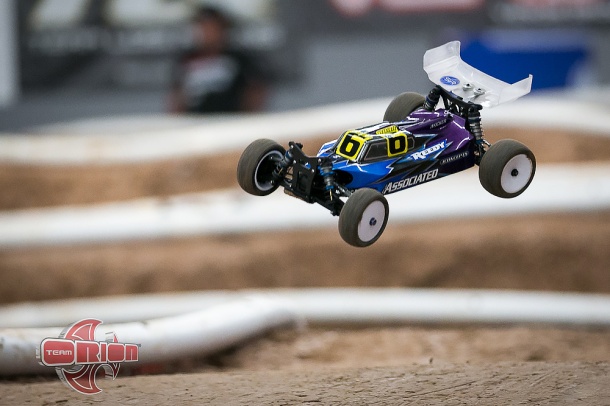 2wd modified was Cavalieri’s last feat to sweep round 2 of the modified classes and keep the TQ streak alive. When the final 6 minutes was over, Cavalieri would complete a dominating round 2 sweep by edging out AE teammate, Spencer Rivkin by .9 seconds. Kyosho/Team Orion’s Jared Tebo would round out the top 3 giving him a solid round to build upon tomorrow’s final 2 rounds of qualifying. 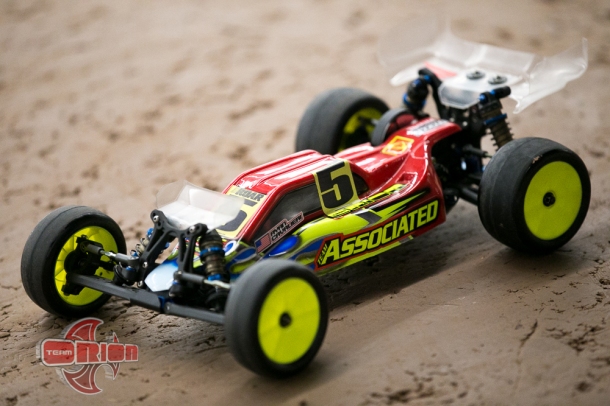 Once again shining in the stock short course class, Kyosho/Team Orion’s Tanner Day was able to take another TQ with Alexander Krieg in 2nd and Michael Meister in 3rd. With 2 TQ’s under his belt, Day will be hard to beat as someone must TQ the final 2 rounds in tomorrow’s qualifying and also win the tie-breaker.

Rd 2 of stock truck was another great battle between round 1’s TQ, Alan Wright and Tanner Day. Both drivers would trade laps till the very end, but ultimately it would be Alan Wight taking his 2nd TQ in the class on the last lap. Day would finish 2nd by just .4 seconds. AE’s Sarah Ernst would put in a terrific drive to seal the deal for 3rd and her best finish yet.

Round 2 of 2wd stock buggy was all about AE/Hobbywing’s Brendan Wheatley who put in a near-flawless drive to take his first TQ of the weekend. Brendan would go on to TQ by nearly 4 seconds over Robert Gonzales and Kyle Layton.