December 7th and 8th was round 2 of the Pacific Northwest Showdown Series held at Bremerton RC Raceway in Bremerton, Washington. With the 2nd race underway, racers gathered once again on this monthly meeting to battle and see who’s king of the hill in their respective classes. With a month in between each race, drivers can do a bit of training and learning to iron out their wrinkles and improve their game……this time for round 2.

Unfortunately 2wd mod round one winner, Andy DiBrino, was not in attendance to build upon his early victory which left the door wide open for others to fight for the coveted 1st place win. With practice starting on Saturday from 9am to 5pm it was local favorite, Team Associated and JConcepts driver Luke Smith, who set the bar. When I asked him, “What kinda times are you running?” He responded with a classic, “I don’t know. I haven’t looked.” Funny thing was, I had no ideas what my time were either in 4wd. One thing I’ve learned over the years is don’t be fooled by Luke’s mellow demeanor, because  he is an absolute beast on the track.  Other title contenders like Shaun Dunlap, Mikey Brown were also looking deadly fast and trust me…..these guys are here to do battle which makes a killer recipe for some awesome double A-mains! Let’s get it on!

When 5pm stuck, practice was closed while the track was getting prepped. All of a sudden the air in the room seemed to change. I wasn’t sure if it was just me, but perhaps b/c I was getting my game face on and making my final preparations for my 1st qualifier…..so was everyone else. The dial just turned up a notch.

There are a few ways to look at the 1st qualifier. One way is to think of it as a “feeler” meaning put in a safety run and see how you do and then make adjustments for your next qualifier. Another way to look at it is…….you can go out there and slay the competition and take over the mental game from your opponents. Since there was only 1 round of qualifying ran on Saturday for mod buggy…the TQ would be left lingering in the minds of the competition to have nightmares about. After round 1 was in the books, Luke would TQ round 1 by 4 seconds leaving a long night for everyone in 2wdMod.

Sunday started from 8am. The format was straight into an hour of controlled practice and qualies soon after. This time taking TQ for round 2 was Mikey Brown and his Schumacher KF. “I’ve only had this a week and a half and it’s awesome!” was what I kept hearing all weekend. It’s good to see someone excited about a new car and having great success with it. For the final round of mod buggy, it was again Mikey Brown upsetting the local favorite, Luke Smith, with the fastest run in qualifying and rightful so taking the overall TQ in 2wd Mod buggy! The order would be…..

A1 – Was about patience. With Mike Brown making a super quick start and putting the pressure on Luke and Shaun….he would slip away just enough to drive stress free without someone directly on his 6. By the end of the 1st lap, it was Shaun Dunlap taking a roll in the sweeper dropping a place to Kyle Schoening and having to fight his way from the clutches of Jonathan Cantrell’s TLR 22 2.0. This would leave Luke Smith to slowly chip away at Mike’s lead and on the 8th lap, Mike Brown’s Schumacher came up just a tad short on the cross over which rolled his car allowing Luke to sneak on through. The patient game was over and positions was reversed as it was now Mike Brown in pursuit of the hometown hero and his C4.2. Driving with eagerness, Mike ended up traction rolling his car entering the sweeper giving up just enough gap for Luke to cruise the rest of the way for an early A1 win!

A2 -Well…….. A2 was a little bit different. The race was on from the get go and this time Mike made a small mistake in the small doubles section that flipped his car requiring a corner marshal’s help to get going. Instantly, Luke had his breathing room and was in full control of the race. He piloted is C4.2 with experience and poise and without pressure, he wasn’t going to make a mistake. After 6 minutes had gone by, he masterfully controlled the gap and kept Brown comfortable away with a 2 second lead at the finish line. Congratulations to round 2, Pacific NW Showdown winner Luke Smith! 2nd place would go to Mike Brown and 3rd to Kyle Schoening. 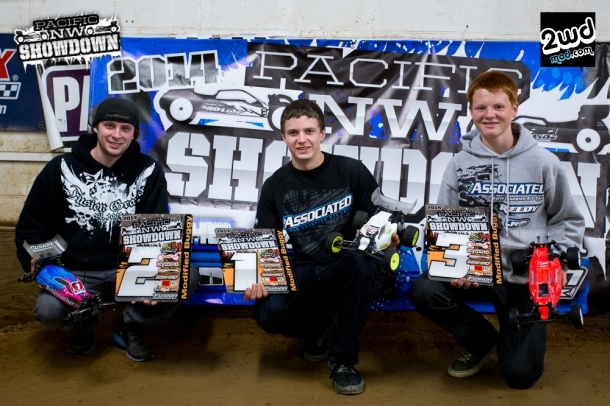 Stock Buggy was a blast to watch. The competition is fierce and as always and some of the most exciting racing were had in this class. Round 2 at BRCR would showcase future stars like Harley Yoshii, Jason Gainey and Tyson Blood. Your TQ would ultimately go to Harley, then Tyson Blood, and Jason Gainey would round out the top 3. 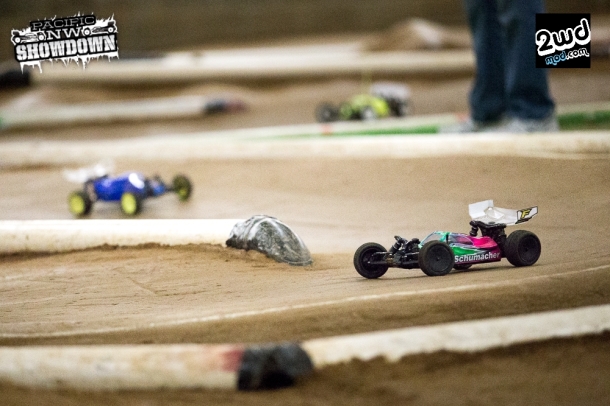 Taking the win in stock buggy was Fusion Graphix’s own Tyson Blood! Congratulations to Tyson driving his mid-motor Kyosho RB6 in an awesome final A2 winning by only .7 seconds! Finishing 2nd and taking 2nd overall is Jason Gainey piloting his Schumacher KF, whom is now your points leader in Stock Buggy. Finishing 3rd would be young Harley Yoshii and his C4.2. I wish someone had taken video so I could actually write more about the race. Anyways, awesome job guys and congratulations!

Here are a few random pics from the weekend. It was an absolute pleasure to be at this race and watch the NW racers compete. Some of the best guys to race with period! My apologies for the limited coverage on just 2wd cars. I’ll try and throw in a mix of pics from each event to give all the classes a bit of love in the future.

Thanks to all the racers who came out and was a part of this. Thanks to Marty Barnes for putting on this race series and trying to tailor it for the racers. Thanks to Jim Dunlap for being guest RD and making the drive from Portland. Huge thanks to BRCR for hosting the race. I know it isn’t easy to do and there is a lot of work so thank you. 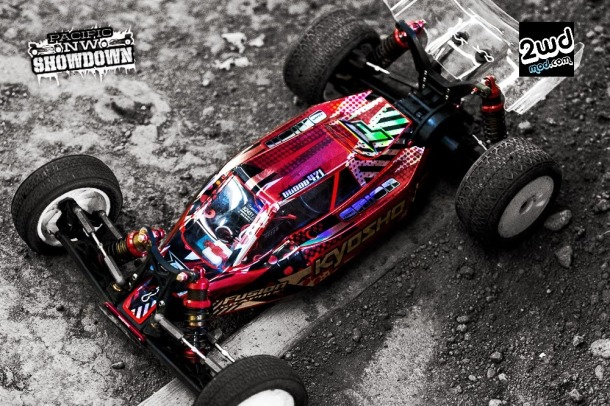 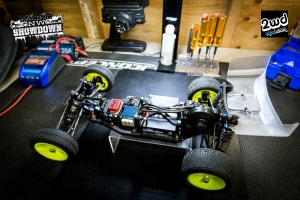