About 2 months ago, I received a phone call from Jason Gainey and he asked if I would be interested in covering a race event that incorporated a special BONUS race called the Champion’s Cup. “Champion’s Cup??” He started to explain this interesting idea he had and when he ended his sentence with, “The top 2 of each class would race in a grand finale battle royale,” I almost lost me marbles! He proceeded to explain that it was a 30 lap race and each class of cars would be staggered by their top 10 lap times multiplied by 30 and the difference would set the stagger/bracket times. I have to admit, after his explanation I still thought it was a bit crazy, but I am always open to try new ideas to help make RC racing in the Northwest more popular and fun for the entire community. “And this is after a normal race format?” I asked. Yep, Jason confirmed that there were going to be 3 quals and a single 8 minute A-main. After we find out who the best of the best is, the Champion’s Cup will be held and the winner will get their name engraved on the trophy and take home the Champion’s Cup to their local track for the entire year along with bragging rights! I told him, “Alright…. I’m down for the cause.” He then said, “Oh by the way, it’s a Hang Over race happening on January 1st!”

I tried to sleep early….I tried, but it didn’t happen and somehow I dragged myself out of bed and got on the road to 4 Season’s Raceway in Olympia, Washington by 6:30 am. As I drove up I kept thinking in my head how cool this was going to be spending the 1st day of the year doing something I love. As a RC enthusiast, spending the day at the track taking photos and being a part of the 1st ever Hang Over race was going to be a memorable moment…… and it truly was.

4 Season’s Raceway is a great old school track that hasn’t changed much over the years. It has an aura that leans more towards family than business. The atmosphere and racers there are friendly, down to earth, real people. Gary Brown, the track owner and father of RC legend Scott Brown, has been in the game since the late 80’s. The track layout was simple and the first thing I noticed was the double to super huge quad jump! This track had some serious air!

Qualifiying started just before 10am on the first day of the new year and with 3 rounds of qualifying….the action started with the novice class. Earning top spot was Dalton Pierce driving his B4.2. Showing he had skills to pay the bills, he would set himself apart and be the one to beat in the A main. The talent in the beginner class ceases to amaze me. Since the adoption of lipo batteries and brushless motors, skill progression is so much faster and so exciting to watch.

RACE RESULTS
The novice battle was on. The start was clean, but mid way through the first lap, TQ Dalton Pierce would relinquish the lead to Wes Comstock after a tough 1st lap and drop back to 3rd.  Having ate his Wheaties in the morning, he would bounce back and regain the 1st place spot and finish off the last 1:30 as the leader of the race. Wes Comstock would finish 2nd and a remarkable drive in the A-main saw Brayden Walker jump from 7th on the starting grid to 3rd on the podium. Awesome driving by the novice racers!

Stock Short Course showed the dominance of Mike Oliveria. Having TQ’d all rounds of qualifying and 1 of only 2 guys to put in 19 lap qualifiers in Stock SC was simply amazing. In the main, Mike would lead from start and never look back. However, there would be an intense 4 truck battle for 2nd place. Your 2nd place qualifier, James Johnson suffered from a horrible 2nd lap and dropped back to almost dead last. Jeremy Clow would try and hold onto 2nd place for a long as he could and if this had been a 6 minute race, James Johnson might have not even been a factor. Benefiting from the extra 2 minutes. Johnson would have enough time to catch back up to 2nd and eventually take over the spot and finish 2nd on the podium. Finishing strong, Jeremy Clow would hold off 3rd place qualifier, Corry Kile, and take the last spot on the podium. 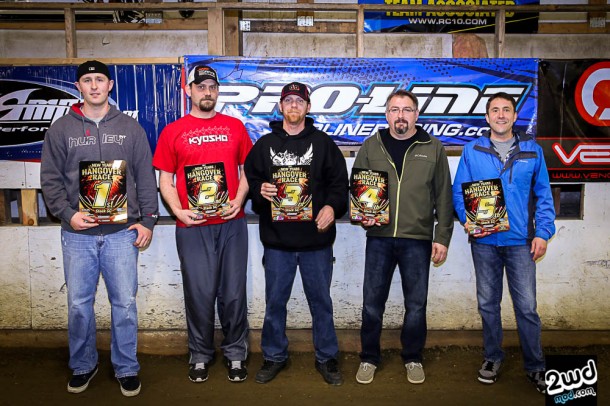 2wd Stock was TQ’d by Fusion Graphix’s Tyson Blood running his mid motor Kyosho RB6. Tyson was setting times closer to mod buggy times! He was on fire and his stock buggy looked dialed. Having TQ’d all 3 rounds of qualifying, Tyson took control of the main early on and checked out. Putting on a great fight for 2nd and 3rd while keeping Tyson on his toes, Lance Sargent and Jeremy Clow also running Kyosho RB6s, were lingering the whole race. If Tyson were to make a mistake the race would be on. Driving with enough cushion and composure, Tyson managed the gap and finished with a comfortable lead. 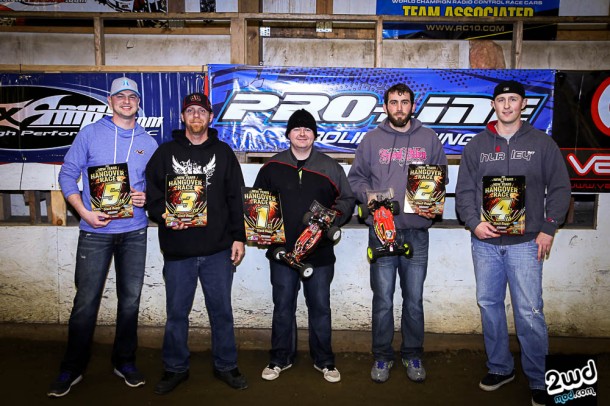 2wd Mod was in interesting race. Kyosho’s Tanner Day would TQ but within the 1st lap, he would roll over in the 2nd corner allowing X-Factory’s Chris Gould, along with Jason Gainey to get by. After a few rhythm building laps, Gainey’s Schumacher KF would close the gap to Chris Gould and while trying to apply the pressure on Gould, Gainey would make a few bobbles that allowed Tanner Day to take over 2nd place. With less than a 3 second gap, Gould would try and run away from Tanner, but the hard pushing Tanner would close the gap and then make a mistake. Close the gap and then make a mistake. Close the gap…….broken record?? Why YES! Luckily his mistakes were minor enough to take home 2nd. If Gainey was able to cross the line .757 seconds sooner, he would have stole 2nd place since Tanner traction rolled OVER the finish line not properly crossing the line. 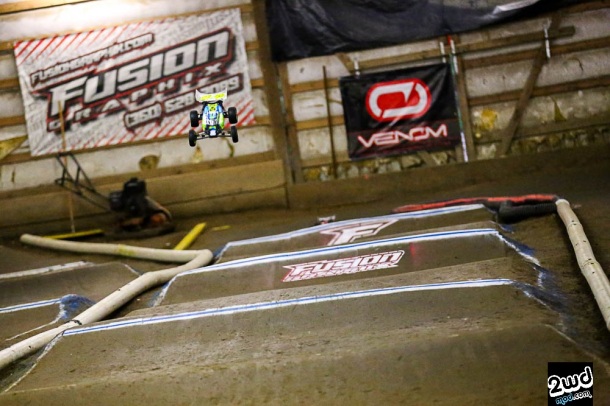 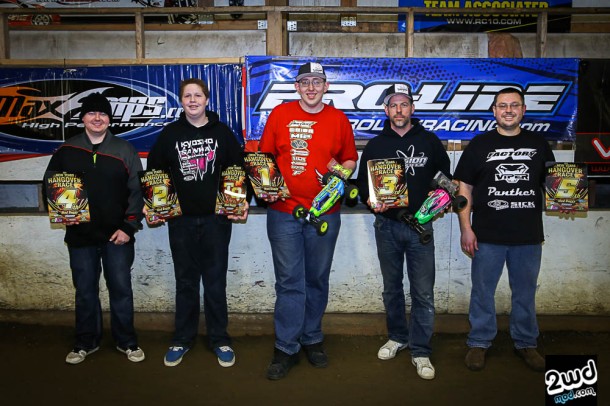 4wd Mod Buggy was fun. Lot’s of power, big jumps, fast track….means a lot of hard hits and diff gears too. Unfortunately Gould and Stolz would have early retirements and that left Mike Brown and Jack Leighan to dice it out for the win. Having got his B44.2 working well in the main, Leighan would put up a fight and never gave up and eventually taking over the lead at the very end of the race with 2 laps to go. Driving his @$$ off, Mike Brown would take back the lead and finish 1st with his Schumacher K1. 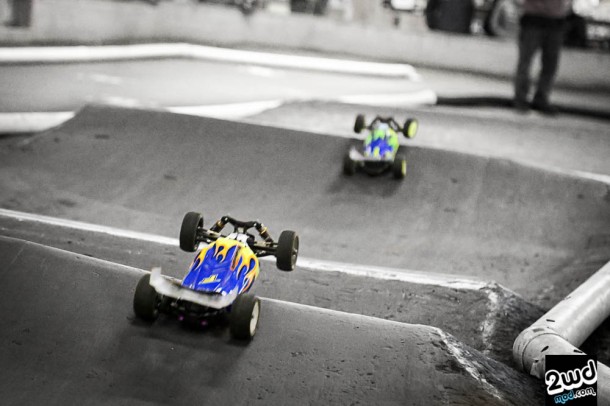 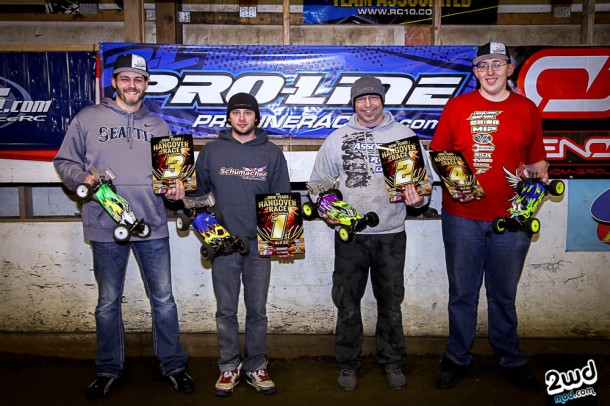 CHAMPION’S CUP RACE.
So the top 2 in each class get a staggered start race clock based upon their top 10 pace times. The stagger would mean almost a 2 lap head start for stock SC trucks. After that was stock buggy with 5 second gap from mod buggy. 23 seconds later, the 4wd’s would be unleashed! The 1st car with 30 laps wins the race and brings home the Champion’s Cup to their local track! Here are your contestants.

The race was awesome! It was much closer than I expected and the fact that this is a battle of the best of the best with a handicapped stagger start makes for an interesting race format. The winner is really unknown until the very end and towards the end …. anything can happen! Congrats to Mike Brown winning the Champion’s Cup 2014 driving his Schumacher 4wd mod buggy. 2nd place goes to James Johnson with a stock SC and in 3rd was Tyson Blood with a stock buggy. Thank you and congrats to all the racers that came and took part in this inaugural race. Thanks to the entire 4 Season crew and Jason Gainey in organizing this event. It was a blast and felt all the racers had a great time! Enjoy some more photos! 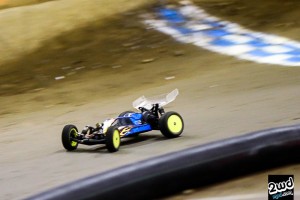 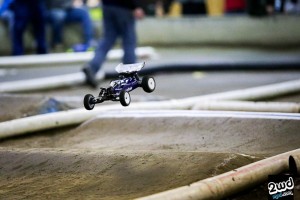 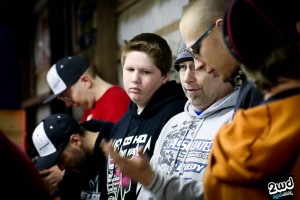 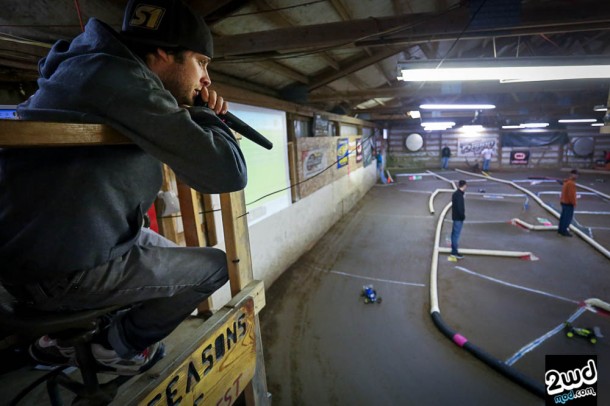 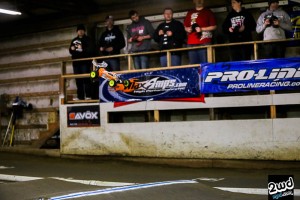 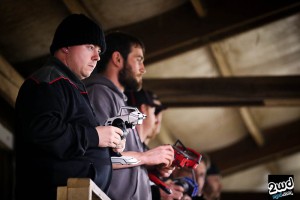 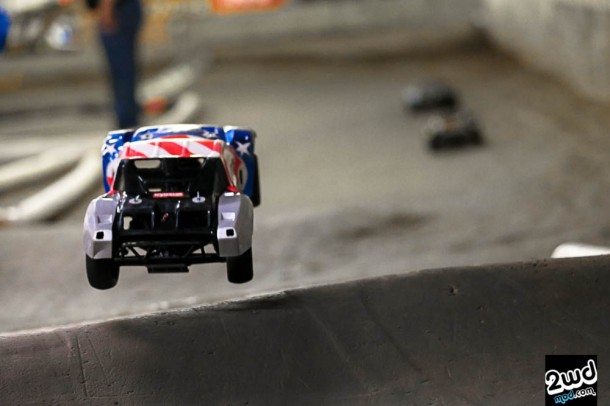 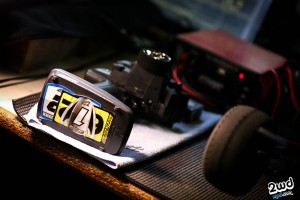 4 thoughts on “1st Annual Hang Over Race – Day to Remember”