On June 13th and 14th, Tri-Cities RC hosted the 1st annual Northwest Buggy Championships in Pasco, WA. This race was a gathering of all buggies across the great northwest to crown the 1st ever “King of the Hill” in 2014. Not taking away from the other classes of racing, but this particular race ranged from all buggies which included 1/8th E-buggies, SC buggies, 2wd buggies, 4wd buggies, vintage buggies, and finally 1/8th nitro buggies.

Overall, it was a fantastic display of the different types of racing buggies that allowed racers to showcase the technical skills required to pilot these agile and fragile vehicles to the podium. The “King of the Hill” was decided among racers participating in 2wd Mod, 4wd Mod, 1/8th E buggy, and 1/8 nitro buggy. The racer with the 2 best combined results in any of these particular classes were eligible to take home the overall trophy and claim “2014 King of the Hill” in this bugtastic race! 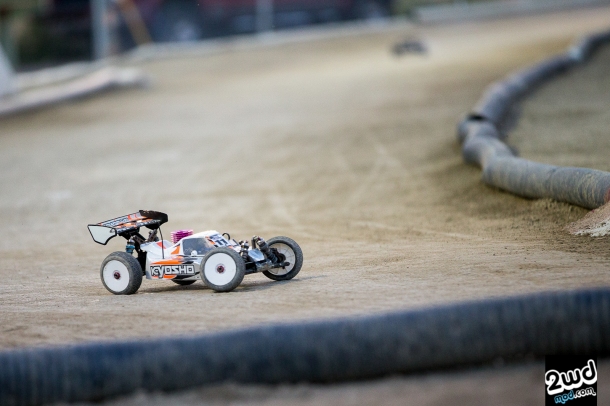 If you’ve never been to the Pasco outdoor track….. the best way to sum it up is you’re missing out on a great opportunity to drive the cars totally pinned. Unlike small indoor clay tracks, you’re really never full wood for more than a split second. Pasco’s magic lies within the fact that its HUGE! Basically, it’s a small to medium size 1/8th track and with it comes the ability drive totally wooded to cover the vast real estate. Stock buggy times were in the 33 second range while 1/8th scale nitro and E-buggy would be in the 28 second range. Oh and there’s mother nature…..

As you can see in the pictures above, the weather is always a factor in outdoor racing. From the heat, wind, or rain, the elements definitely added even more spice to the event. The wind was constant and if unlucky, caused havoc among racers all weekend long over the big doubles. A crash that could send you from the front to the back of the pack in a split second. Trust me on this one. For the drivers, it adds a huge amount of tension and pressure especially if you’re leading a race by a small margin and the wind starts to pick up…. every jump is a nail bitter! But hey, that’s racing and that’s who we are.

The schedule for the 2 day Buggy Champs event was all day practice on Friday and 3 rounds of quals on Saturday with triple A-mains to follow. The turnout was quite light and perhaps b/c it was over Father’s Day weekend, but the competition was still there. Team drivers from Associated, Venom, Reedy, Tekin, X-Factory, Kyosho, Orion, TLR were all in attendance to capture the coveted “King of the Hill” title.

Race Results
17.5 2wd Buggy
17.5 stock buggy was dominated by Jason McCarty from Tacoma. His rear motor B5 was setting fastest times throughout the weekend and was able to convincingly take A1 and A2 leaving him as a spectator for A3. The battle would then be for 2nd and 3rd on the podium which saw Shannon Azure finish 2nd in A1 and A2 over Portland’s Jared Cozzocrea who finished 3rd and 3rd. A3 set the stage for a possible upset if Jared was able to win A3 and Shannon finished lower than 3rd, but it was Shannon rising to the occasion and taking it out of the judges hands by winning A3 and securing 2nd and Jared taking home 3rd. 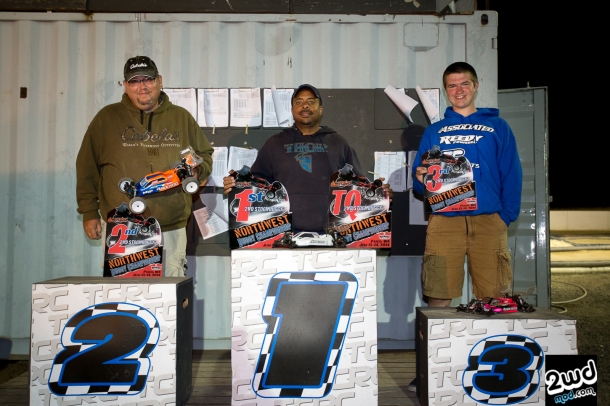 Vintage
Vintage buggy is classis…..yah literally. This was 3 car battle as each one of the podium finishers had a win. In the end, vintage buggy TQ, X-Factory’s Justin Gilkison would win by tie-breaker even though he broke halfway through A3. Brandon Dyche would end up winning A3 moving him ahead of Team Associated’s Jack Leighan, who would wind up taking 3rd to round out the podium.

SC Buggy
Greg Ross was in a league of his own. Having a lap up on the field, his SCB was dialed winning A1 and A2 to close out the overall 1st place. Next was Steve Otto who had a 2 and a 2 to seal up second. 3rd was Scott Dyche who actually qualified 4th and moved up on the podium and finish 3rd.

2wd Mod
A1 – Team Associated’s John Walentia would have a perfect start and eventually pull away from the field. With the rest of the pack scrambling for position, John was able to control the gap and cruise to victory. Team Associated’s Mike Hudson driving a B5M would finish 2nd and local favorite, Austin Azure and his Durango, would hold on for 3rd.

A2 – With a lot more drama off the start than A1, AE’s Walentia would make a 1st lap mistake that would send him from 1st to almost dead last inviting the competition to run away with an A2 victory. Half way through the race, Team Associated’s Dave Gullickson, would emerge as the new leader after others would falter on mistakes. Having been there at the right place at the right time, Gullickson was able to cruise to victory from 6th on the grid! An impressive drive by Dave to push the decision to A3. Walentia miraculously fought through the pack and made it back to 2nd with Nick Buchler in 3rd.

A3 – This one was for all the marbles. With the temperatures way down and daylight now turned to twilight, vision proved to be much more problematic than before. With the lights on and winds still raging, A3 was full of action. From the start of the tone, racers were adjusting to the changing conditions and Hudson would emerge as the early leader. 3rd place qualifier, Kyosho’s Tayler Wonders found himself in 2nd but with quite a gap to make up if he wanted to battle with Hudson. Strapped up, he was on a mission and drove like a wild man to close the gap and was actually able to put the pressure on Hudson in the closing few seconds finishing less than a second behind the leader. The finishing order for A3 would be Mike Hudson, Tayler Wonders in 2nd, and John Walentia in 3rd.

With Mike Hudson and John Walentia both having a 1 and a 2, the winner would be decided by the tie-breaker and with the only 12 lap run in the main, John Walentia would take the overall win in 2wd mod buggy! 2nd place would be Mike Hudson followed by Dave Gullickson in 3rd. 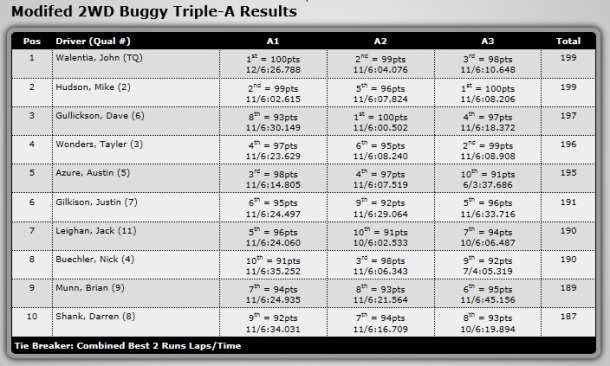 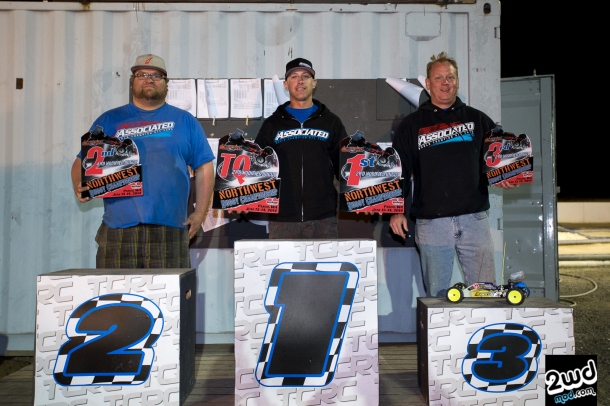 4wd Mod
Kyosho’s Jesse Munn would put his Lazer ZX-5 on pole running a set of tires I never thought would have worked. As the only driver to run AKA Typo’s in super soft compound, his Kyosho ZX-5 was the fastest wheeler around. With most racers electing to go with a bigger pin or bar type tire to deal with the dust and loam, Munn would chose to go the opposite direction and proved to be the fastest on the track. With a not so great A1, Munn would rally to win A2 and eventually win A3 to close out the overall victory. Mike Hudson’s B44.2 was flying all weekend and showed it had the pace to rival Munn, however having suffered a breakage in A3, he was unable to contest Munn for the win in A3 that would ultimately decided wheeler’s overall victory.  Munn with a 1 and a 1, while Hudson had a 1 and a 2. John Walentia would take a 2 and 3 and 3rd on the podium. 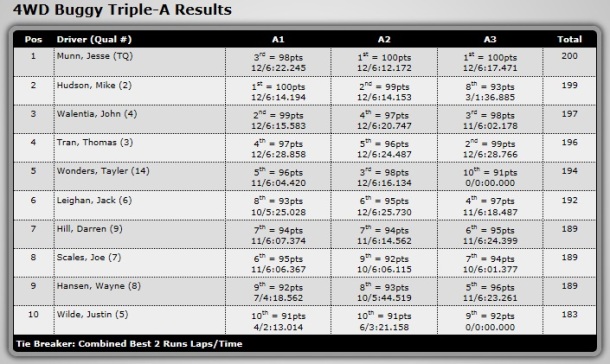 1/8th E- Buggy
E-buggy was fantastic to watch. Team Associated’s Chris Nealeigh would go on to TQ the class, but in the end…. Idaho native, Hot Bodies’s Jeremy Potter, would prove to be too much for the young driver. After taking over the lead in A1, Potter never looked back. He would win A1 by 3 seconds over Nick Buechler with Chris  Nealeigh taking 3rd. A2 proved to be much of the same. Once Potter moved to the 1 spot he set his rhythm and put it on cruise control. Potter controlled the gap till the very end, but a hard charging Chris Nealeigh was setting fast lap after fast lap to on the last lap tried for a “Hail Mary” pass, but ended up getting rolled over on the pipe on the last corner ending his fight for the win. The overall was Jeremy Potter 1st, Chris Nealeigh in 2nd, and Kyosho’s Brian Munn in 3rd. 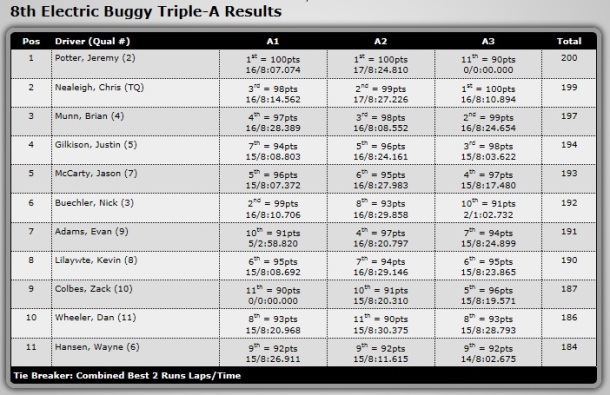 Nitro buggy was added quite late to the group, but filled with top guys from around the area. Kyosho’s Jesse Munn would be the driver to beat showing his raw pace all throughout qualifying and earning TQ. With only a 20 minute main, Jesse would drive a near flawless race making it extremely hard for the competitors to dethrone him on this day. When the dust settled, Munn would leave victorious while Darren Shank and Darren Hill would fight till the very end for 2nd and 3rd respectively. All 3 drivers were on the same lap after 20 minutes of hard battling.

So your 2014 overall King of the Hill and King of the buggies would be Kyosho’s Jesse Munn. Fantastic job by Jesse all weekend long displaying fast, technical driving in multiple classes. He would TQ 4wd Mod and TQ 1/8th Nitro along with wins in both classes. A feat that was not replicated by anyone else all weekend. 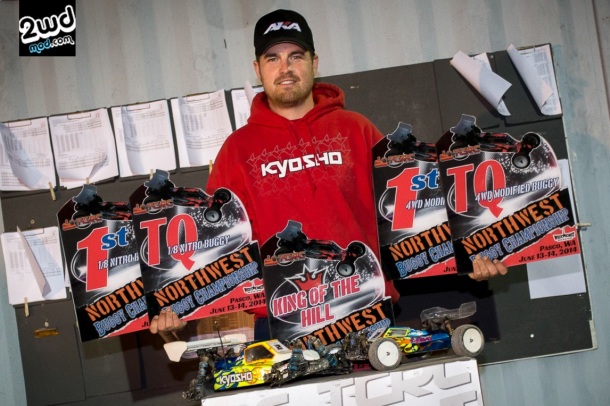 Here are a few other photos from the weekend. Thank you stopping by and hopefully we will see you at next year’s NW Buggy Championships! 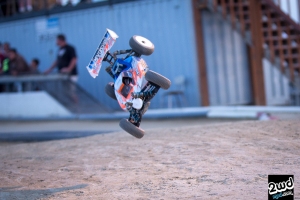 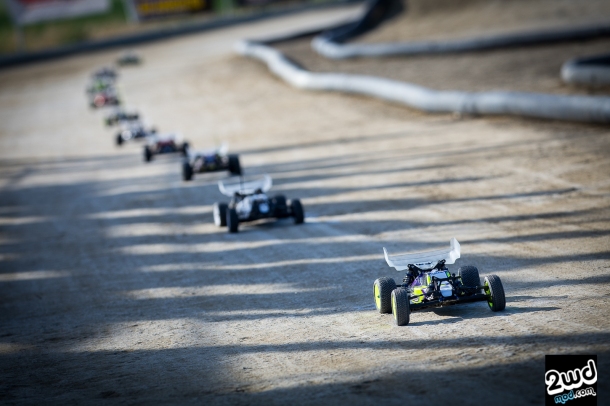