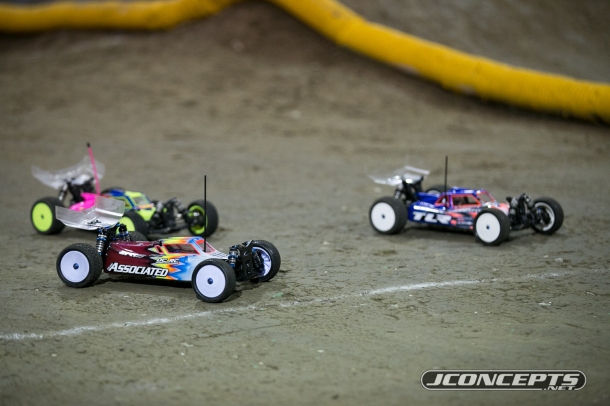 After making adjustments to his car from round 1 of qualifying, TLR’s Ryan Maifield came out swinging with redemption and showed the field a bit of his true hand. Earning fastest time, fastest lap, and setting a new standard in the 4wd modified class and the only driver to turn 15 laps in qualifying. Right behind Maifield was round 1 tq, Jared Tebo with a 14 lap 5:01.9. Saying that his car is really good, but only having a few “trouble spots” if he pushes too hard, Tebo is going to a stiffer gold rear spring for the next round to keep the rear end a little more stable. Posting the 3rd fastest time was the current 4wd world champion, Steven Hartson, with a 14 lap 5:03.6. Hartson said he is happy with his car and feels he has the speed to compete with the top 2 drivers and only going to focus on his driving for the final round of qualifying. With Maifield taking round 2, he and Tebo are tied at 1 round a piece. 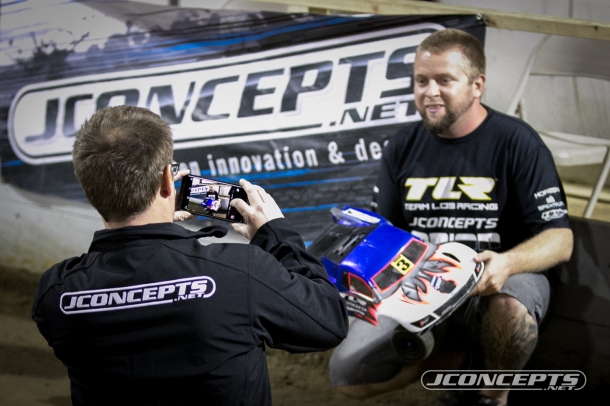 Modified SC was once again a great battle between Tebo and Maifield. These two drivers put on a terrific show on the clock as they competed for the fastest indoor SC truck in the nation. Round 2 goes to TLR’s Ryan Maifield as was able to drive consistent fast laps the entire 5 minutes without any crashes. Unfortunately for Tebo, who had a crash on his 8th lap that would seal the deal for round 2 and give the round to Maifield. For the final round of qualifying, Tebo is going to freshen up his diff and transmission along with heavier shocks oils to get his SC truck to handle speed a bit better as grip is starting to increase. 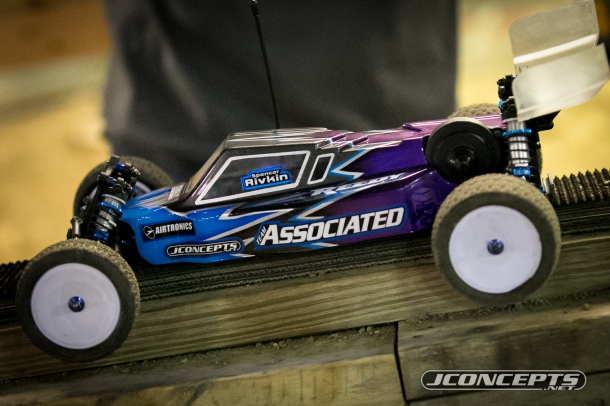 The ultra competitive 2wd modified class is starting to heat up as the top 8 drivers are all able to run 14 laps and hit mid 21 second fast laps. Taking advantage of Maifield’s mistake, Team Associated/JConcept’s driver Spencer Rivkin rises to the challenge and earns his first TQ run of the event and positions himself to take the overall TQ for tomorrow’s mains. Putting down a 14 lap 5:08.4 and taking the fast lap as well, young Rivkin drove an aggressive race and showed that he has the speed as well as the ability to deal with the immense pressure. Even with a few minor mistakes, Ryan Maifield was able to put together a run that earned him 2nd fastest for the round with a 14 lap 5:10.9. Team Associated/JConcepts’ Steven Hartson would finish 3rd quickest in round 2 with a 14 lap 5:12.8. Hartson would state that he feels he is “Cruising around and playing it too safe” and will “turn it up” a notch in the next qualifier. 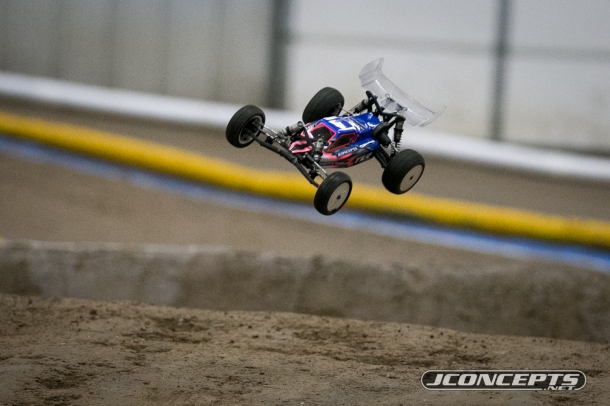 With Maifield and Rivkin with a win a piece, the last qualifier will prove to be crucial for tomorrow’s starting grid. Not only is it just about the starting position, but also to gain the mental edge over the competition. However, as they say in formula 1, the race isn’t won on Saturday, what matters is who wins on Sunday.