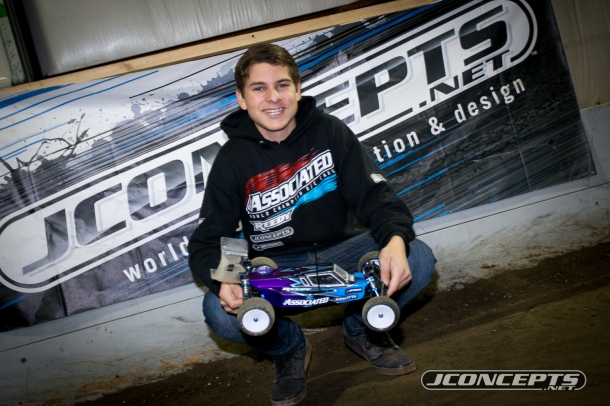 The intensity continues to rise in Omaha, Nebraska as the JConcepts INS enters the final round of qualifying. In the modified 4wd class, Kyosho’s Jared Tebo and TLR/JConcepts’ Ryan Maifield are both tied with one win each. Both of these experienced drivers know that having track position is going to benefit greatly for the triple a-mains and will undoubtedly give them a better chance at winning.

With minor changes to his ZX6, Tebo started his final round with great urgency and put in the fastest lap of the weekend very early in his qualifier. Losing tenths to Tebo, Maifiled started to push his 22-4 to the ragged edge and ultimately started to cross the fine line of over driving as he made minor mistakes and pipe bumps. Unfortunately, Tebo would start to make the same minor bobbles as the two of the world’s best would trade mistakes and in the end of 5 minutes, Jared Tebo would take the Q3 win with a 14 lap 5:02.4 and in doing so take the overall TQ for 4wd modified class. Maifield would finish 2nd in the final qualifier and also start 2nd on the grid for the main event. With his best 4wd finish of the weekend, TLR/JConcepts’ Taylor Larsen would take a well earned 3rd place for the round with a 14 5:06.3. 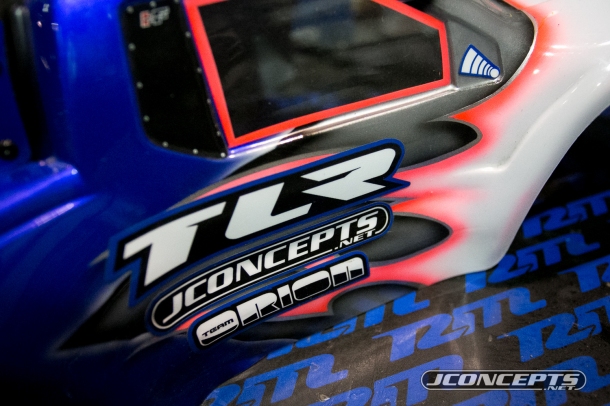 The top qualifier for modified short course has already been decided with Ryan Maifield taking Q1 and Q2, but this exciting battle continues all the way until the end of the weekend. In the 3rd round of qualifying Tebo set out to dethrone the short course king, however on his first lap the Kyosho ace would make a mistake that would cost him 3 seconds. Knowing he had the upper hand, Maifield cruised to another TQ run putting his SCT 2.0 1st with a 14 lap 5:20.184. Tebo would end up with a 13 lap 5.00.8. Derek Wood has been putting in solid 3rd place runs and this time had his fastest run with a 13 lap 5:12.1.

The story of the weekend in 2wd modified has been the rise of Team Associated/JConcepts’ Spencer Rivkin who has been able to TQ round 2 in style. The big question was whether or not he would be able to TQ the 3rd round and steal the overall TQ from good friend, mentor, and JConcepts teammate Ryan Maifield.

In a flash, Rivkin would move straight to the front and set the pace for the rest to follow on his 4th lap. From there, the rest is history as he never looked back and no one was able to touch his time. With another stellar run to solidify his overall TQ, Rivkin said he was, “Extremely happy and a bit surprised” and that he was “ready for the mains”. Finishing 2nd for the round would be TLR’s Taylor Larsen with a fantastic effort to put him 5th in the main. Current 4wd World Champion, Steven Hartson would finish 3rd for the round and start 3rd in the a-main event.