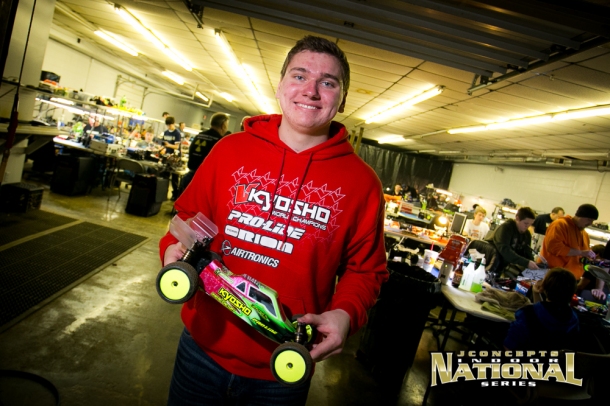 After the 1st round of qualifying, the battle is starting to heat up in the modified 2wd class. Taking the round 1 TQ was Kyosho/Orion’s Luke Richards setting the bar high with a 19 lap 5:12.64. Having a great run, Richards said he’s “not going to change a thing for round 2 and see what happens.” Since there is no saucing allowed, Richards moved his “hubs forward to get that extra traction.”

Only .1 second off TQ, Team Associated/JConcepts’ Michael Schoettler was able to put in a fantastic run and put himself second for the round after having a ‘not so great’ seeding round. With time to think and reflect overnight, Schoettler decided to scrub in his tires some more to get a lower pin height, “which has helped his car with forward bite.”

Taking 3rd for the round was TLR’s JP Richards, who put in a solid run with a 19 lap 5:13.63. Making a mistake at the end of the sweeper, JP traction rolled and sent his car into the wall, but was still able to salvage his run and take 3rd. JP, like his brother, isn’t going to change a thing on his car and says his car is “really good”. 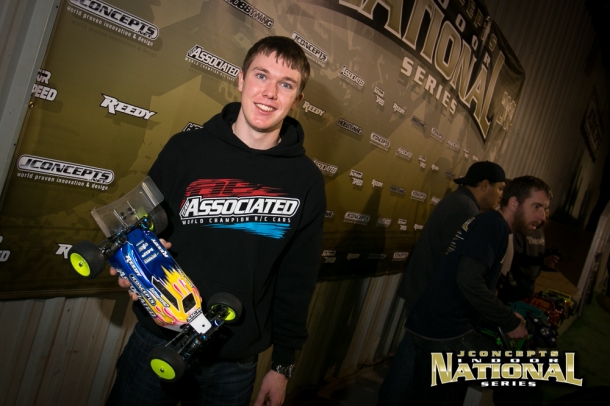 The battle for 4wd drive supremacy was up for grabs and once again Team Associated/JConcepts’ Michael Schoettler would pilot his B44.3 to the front of the grid and take round 1 TQ. Much like in 2wd, Schoettler had an unfortunate seeding round, but sanded his dirtwebs down this morning and is much happier with how is 4wd is working. Schoettler would finish with a 20 lap 5:14.00. JP Richards would finish 2nd for round with a 20 lap 5:15.60 and Michael Twilling would round out the top 3 with a 19 lap 5:00.21. 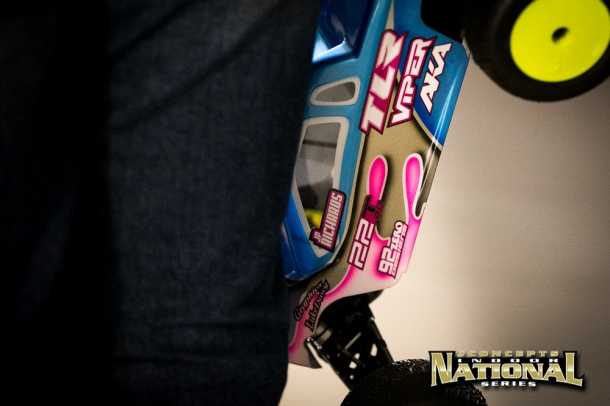 All eyes have secretly been on Team Associated’s Brent Thielke this weekend as he is driving his production version of the T5M in the modified truck class. Having a good showing in the 1st round of qualifying, Thielke would take 2nd behind TLR’s JP Richards’ new truck, the 22T 2.0. Finishing 3rd would be Adam Rayls with a solid run. As this battle heats up throughout the weekend, this will be an exciting truck race to watch!

Here are a few shots from Q1. 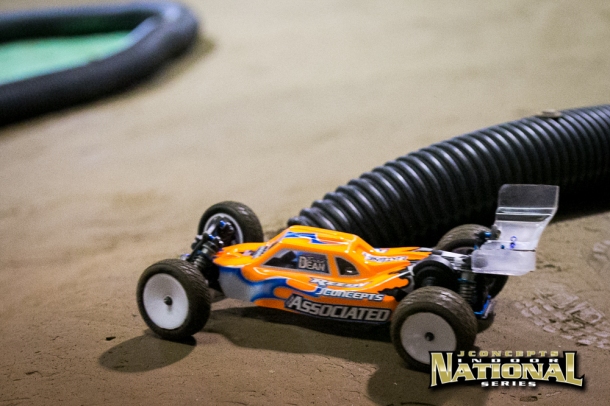 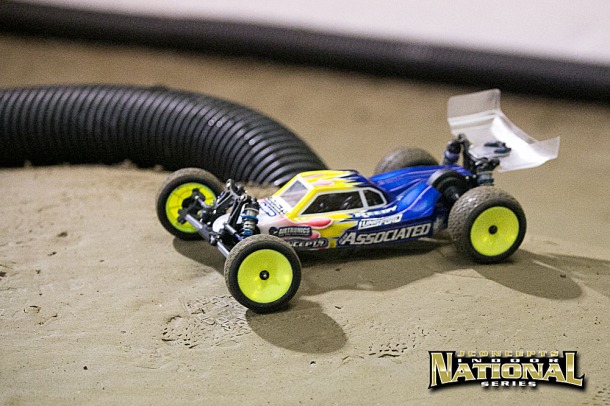