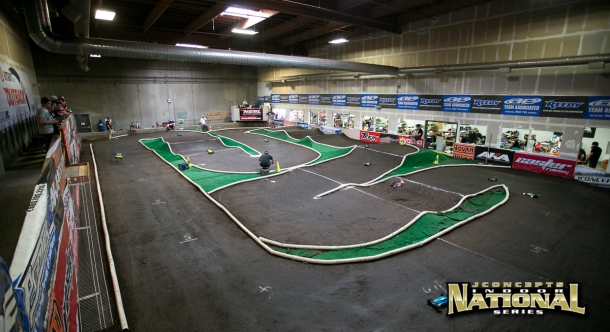 The qualifying rounds at the JConcepts Summer INS has been exciting and intense. Everyone was able to witness the true speed of one of the industry’s brightest stars, Spencer Rivkin, who has masterfully pulled off a perfect Saturday in qualifying winning every round and earning TQ in 4 of the modified classes. Although, Sunday was a different story. With the last round of qualifying held in the morning, Rivkin’s perfect streak came to an end as his rivals were starting to figure things out on the high traction, full slick conditions. AE/JConcepts’ teammate, Michael Schoettler, was able to derail the young Arizona Superstar by taking TQ in 2wd and 4wd. The momentum was shifting and everyone in the pits could sense the change as the ‘Rivkin Show’ was now becoming a real battle for the title of Summer Indoor National Champion.

In modified SC, the race was quite simple for AE/JConcepts’ Spencer Rivkin as he was able to cruise away from the sound of the tone. With Rivkin on his own, there was a 3-way battle for 2 podium spots between AE/JConcepts’ John Walentia, TLR/JConcepts’ Jason Moberly, and Kyle Layton. With a few minutes gone, the order would remain Moberly in 2nd, and Walentia in 3rd.

Modified truck was an awesome display of racing between 2 of Arizona’s best young talents, Spencer Rivkin and Tommy Hinz. Teammates and good friends off the track, the pair would race nose to tail as Hinz was able to make a few setup changes throughout qualifying to get his T5M better on slicks. About a minute in, the heat was turning up between Rivkin, Hinz, and Nathan Bernal all breaking away from the rest of the field. Hinz would overcook the elevated turn and spin his truck facing the wrong direction. Nowhere to go, Bernal would hit Hinz and spin him around while simultaneously taking over 2nd. Shortly there after, Bernal would spin a pinion leaving his truck powerless and his race over. With Bernal out of the picture, Hinz would inherit 2nd and focus his attack on Rivkin. Already 3 minutes into the race, the Arizona boys would work their way through traffic, but an uncharacteristic spin mistake on his landing caused Rivkin to get stacked by traffic instead of being able to just correct and go. This opening would give Hinz the lead. For the first time this weekend, Rivkin was playing chaser in truck. Quickly closing the gap and applying pressure, Rivkin would execute a perfect triple jump and land inside of Hinz bumping wheel to wheel pushing Hinz off his line. Fired up, the lead change was short lived as Hinz would get a little payback and do the same thing to Rivkin at the end of the sweeper hairpin. As the move was executed, Rivkin would crash over the short double trying to recover, but Hinz was already gone. Pushing to close the gap, Rivkin would make 2 more mistakes putting the nail in the coffin and the win to Hinz. Rivkin would finish in 2nd and John Walentia fighting his way to take 3rd.

Before the start of A1 in 4wd modified, the crowd gathered around the track to witness the event’s fastest drivers doing battle. Not messing around, Rivkin and Schoettler instantly break away from the rest of the field and engage in a battle of their own. Schoettler would shadow Rivkin’s every move not letting Rivkin out of his sight. After 3 minutes, Schoettler would make a mistake at the end of sweeper turning in too early. Now with room to breathe and pressure off his shoulders, Rivkin was able to control the gap and be the 1st to cross the line. At the end of A1, Schoettler would finish 2nd and Derek Stephansen would bring it home in 3rd.

A2 proved to be even more action-packed than A1 with Schoettler in a must-win situation for any chance at the overall. The start was intense with Rivkin trying to put distance between him and Schoettler, but for over 3 minutes Schoettler would refuse to be shaken. As Rivkin entered the elevated turn, he would slightly brush the pipe causing his B44.3 to tip and stall down the backside. With nowhere to go, Schoettler would make contact with Rivkin causing him to go off course and over the pipe. Losing time rejoining the track, Rivkin was forced to give up the position. Slowly, Rivkin would battle back the 1.5 seconds he lost and start to initiate an attack for the pass. Thinking it was the last lap, Rivkin sent it over the triple and lands at the line and collides into Schoettler. The radical move would have been epic, but it wasn’t the last lap as they made it across the line for 1 more. Because it wasn’t a clean pass, Rivkin gave the position back to Schoettler as they entered the straightaway. Immediately, Rivkin would throw it in at the end of the sweeper rubbing and bumping wheels and the pass was made. Rivkin would go on to win A2 on the last lap. Schoettler would finish 2nd and Kyle Turner would battle back with a stunning drive to finish 3rd.

With two wins and already taking the overall, Spencer Rivkin would enjoy the luxuries of watching from the sidelines. A3 was a solo run for Schoettler who was able to cruise his way to victory and take 2nd in the overall. Kyle Turner and Derek Stephansen would go toe to toe for the final spot on the podium. A mistake by Turner would allow Stephansen to get by and never look back. Turner would maintain his composure and show his speed to battle back from a few setbacks and finish 3rd. 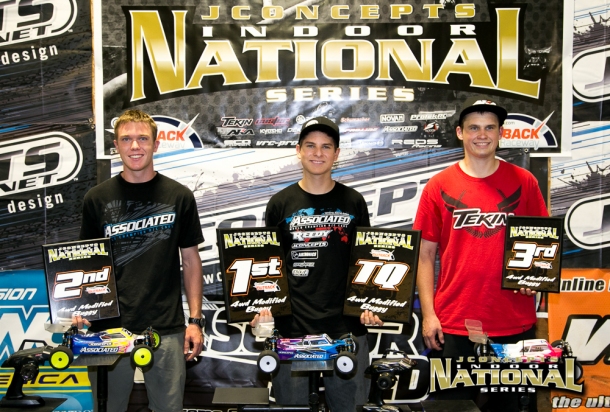 In A1 of 2wd modified buggy, Rivkin would lead out the group and almost instantly, the top 3 drivers would break-away from the field. Intelligently, the fab 3 would work together to separate themselves before engaging in battle. After a 1:20, Rivkin would be the first to make a mistake in the elevated square turn allowing Schoettler and Hinz to get by. Unfortunately for Scheottler, lapped traffic would play a role as he was collected by a crashed car with no where to go. Pushing the car out of the way, Schoettler was forced to double, single the triple while Hinz would sick jump the triple making the pass and take over the lead. 2 laps later, Hinz would blow the tight end of the sweeper giving the lead back to Schoettler and allowing Rivkin to take over 2nd. The order would remain the same until 2 laps to go. Running out of time, Rivkin would get impatient and force 2 hail-mary pass attempts that resulted in Rivkin giving back the position to Schoettler. Going for broke once again, Rivkin would jump the elevated square turn and land on top of Schoettler’s car wrecking them both. Schoettler recovered to maintain the lead and take the win. In the carnage, Hinz would squeeze by and nab 2nd and Rivkin would finish 3rd. 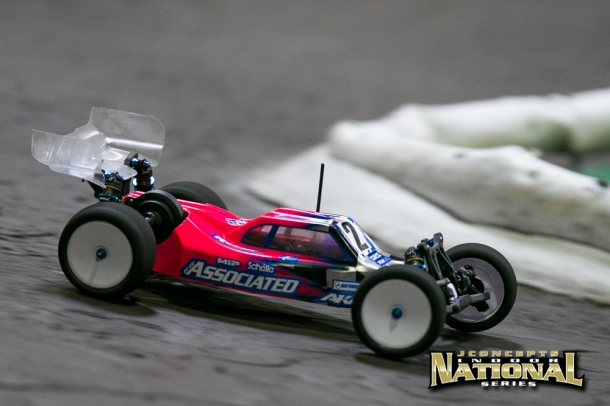 The start of A2 was nearly identical to A1. Rivkin, Schoettler, and Hinz would pull away from the field and engage in the battle of the best. Nearly a minute in, Rivkin would make the 1st mistake and short the triple giving up the lead to Schoettler and Hinz. A bit out of rhythm, Schoettler drifts out wide down the short shoot, allowing Hinz to get position inside. The two cars would drag race all the way to the dip jump side by side. Attempting to land in the same spot, Schoettler would bounce off the top of Hinz and land on his wheels. Rivkin would seize the moment and attempt to pass them both, but misjudge the turn getting on the straight away and rolled his car. Schoettler quickly gathered himself to maintain 2nd and AE team manager Brent Thielke taking over 3rd. Never giving up, Rivkin was back at it and made a quick pass on Thielke over the triple to regain 3rd. Hinz was able to build a comfortable lead and control the race and take the win equaling Schoettler’s points for the overall win. Rivkin would finish 3rd in A2. 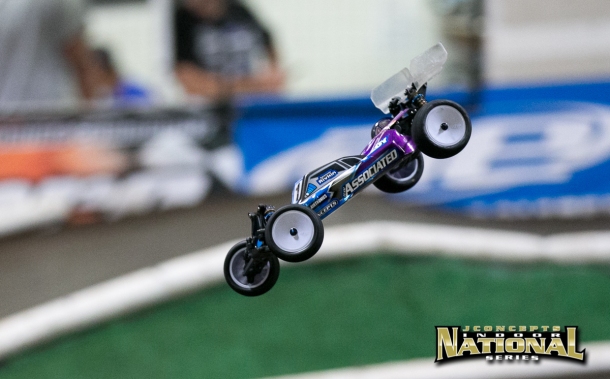 A3 was a battle between Hinz and Schoettler for the overall since Rivkin already had two 3’s. Again, the top 3 would freight train their way from the field and pursue their own fight. This time, it was Hinz traction rolling early in the race leaving him behind with a lot of work to do. With nerves of steal, Rivkin would defend Schoettler’s attack and was determined to keep the lead. Mistake free, Rivkin would slowly pull away and build a small comfort gap and maintain it till the very end for the win. Schoettler would finish 2nd and Hinz 3rd. With neither Hinz or Schoettler taking the win in A3, the overall would be decided by tie-breaker. Schoettler would be crowned your 2015 JConcepts Summer Indoor 2wd National Champion by the difference of .6 seconds!

Other notable finishes was Team Associated’s Kamyrn Ayers taking the win in 13.5 4wd buggy. She was able to pull away from the very start and build a comfortable gap early on and cruise to the win while making it look good. Team Associated’s Eddie Bernal would show his resilience and experience to fight back from early mishaps and claim 2nd place. 4th place qualifier, Tekin team manager Randy Pike would make his way around Dominic Favorito in the closing laps to finish 3rd.

The 17.5 expert stock buggy class was filled with some great talent, although Derek Stephansen was in a league of his own. Stephansen was gone from the very start and would win uncontested. Falling back early in the race it looked like Kamryn Ayers was out. She was able to keep her head in the game and focus on one car at a time and work her way forward. Ayers was able to charge her way through the pack and rekindle another battle with Kyle Layton. Unfortunately, as the battle was heating up, Layton would traction roll right before the finish line giving Ayers a free pass. Layton would press hard to catch Ayers, but would run out of time. Ayers would finish 2nd and Layton in 3rd.

Please enjoy a few pictures below! 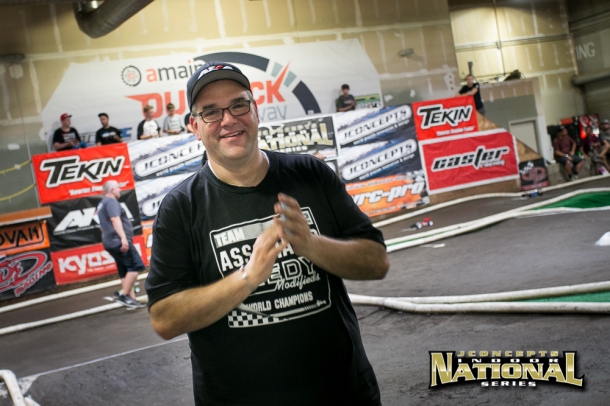 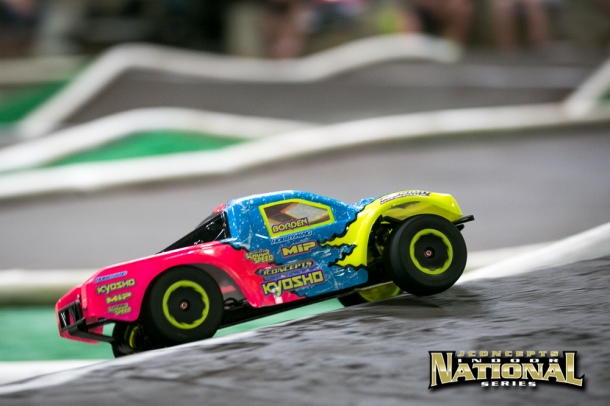 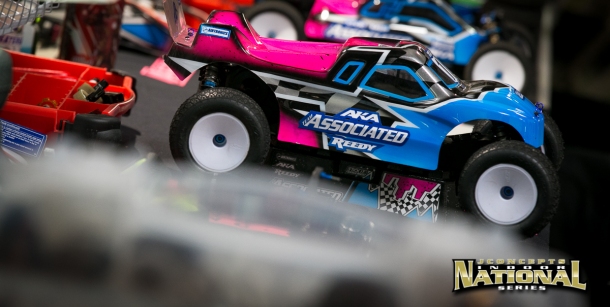 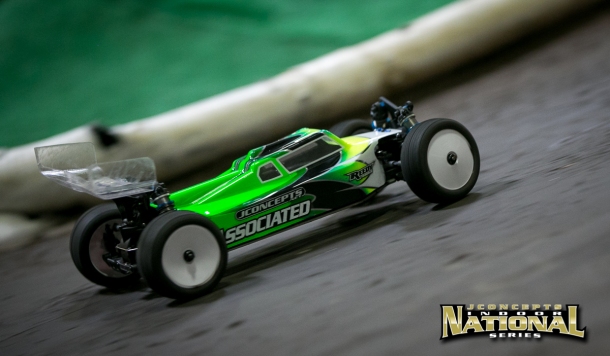 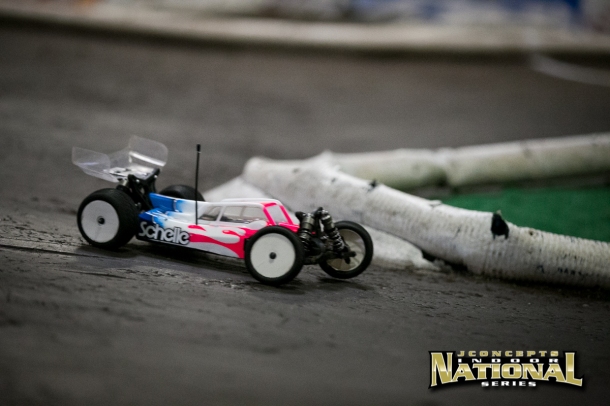 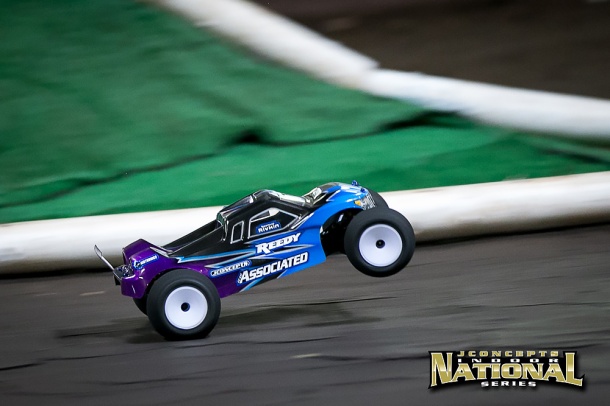 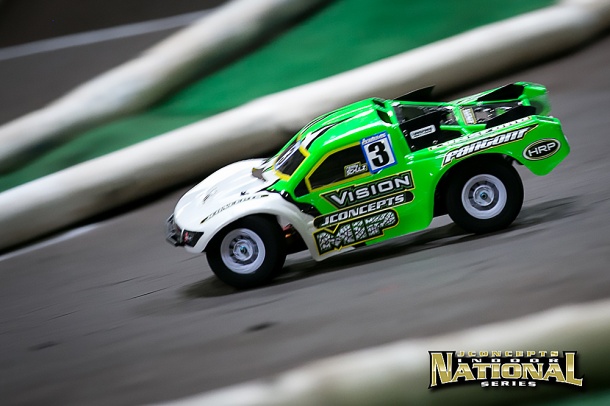