If you haven’t heard….mid motor is the new rear motor! It is the hottest thing right now since the extended chassis and big bore explosion! Within a few years, the industry has seen a lot of changes and all performance based upgrades. From electronics such as high “C” rated lipo packs or the super light shorty packs to the cab forward bodies and Finnisher wings. These are just a few game changers that are re-shaping the RC world as we know it today. Right now, there is a huge push forward to the new revolution….. The mid-motor 2wd mod buggy.

Team Associated has arguably the best rear motor 2wd buggy out there today. It has won all the IFMAR World titles since it’s debut, however companies like Kyosho, TLR, Durango all have released new 2wd buggy platforms that include a rear motor AND mid motor configuration in it’s inherent design…. AE was left hanging without this crucial option. The question was raised when Hara ran a mid motor Kyosho at the 2013 Reedy Race of Champions and was very competitive on the medium grip surface against the world’s finest. That question was…. “Does mid motor have a place in American offroad racing?” A few months later, Tebo showed us the answer by winning the 2013 Cactus Classic with his mid motor Kyosho RB6. In fact, everyone in the but the Associated guys had mid motor cars.

In a push to make their own design, AE sent of a few of their best drivers to the EOS race. A race they really didn’t have any interest in running before until they realized they need to test and run MM cars in competition to learn more about them. I call this bit… R&D on the road! If I know Team Associated…they are going to push and do everything in their power to come up with their own design and without a doubt, working on their new platform. My guess is they will try and release a prototype car by IFMAR Worlds later this year otherwise risk defeat. AE isn’t in this to take 2nd or 3rd. They are a company hell bent on winning.

Anyways, have a look at what Ryan Cavalieri was running at the EOS. BEAST!

Since this was an away race in Germany…. I have a normal job and unable to attend such a race. Maybe someday!

Thank you RedRC and the photographer they hire. Super pro and please support their site by visiting them frequently! 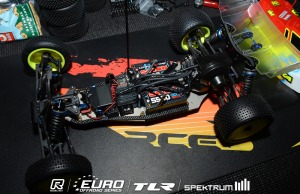 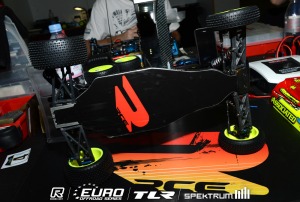 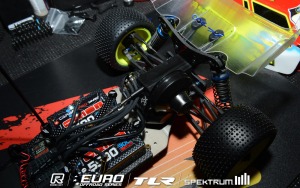 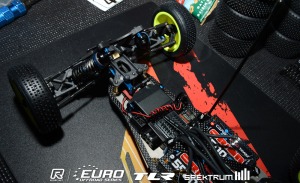 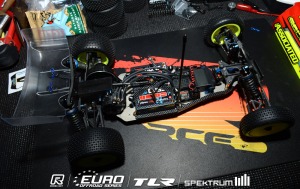 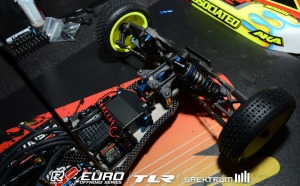 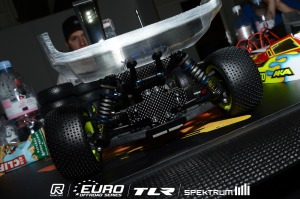 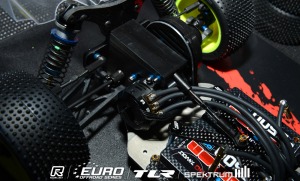