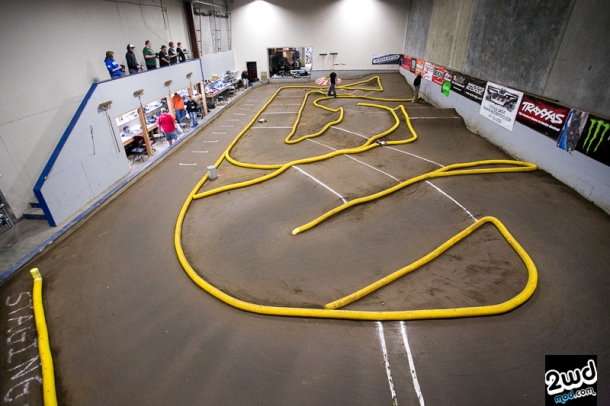 The South Valley Invert off road race was held on November 8th, 2014 and presented by Cottage Grove RC Raceway in Central Oregon. For those who haven’t been to Cottage Grove Raceway, it is one of the hidden gems in the world of RC tracks. The facility is top notch with easy to see bright yellow piping, smooth medium-high grip surface and known to have some very wicked track layouts. The Invert format is also unique b/c of the reverse starting order on how you finish in A1. 3 rounds of qualifying determined the starting order of A1, but where you finish in A1 will determine where you start for A2….but in reverse order! So if you finished 1st in A1, you will be starting 10th for A2. After A2 is ran, the combined A1 and A2 finishing results will make the starting order for A3. This interesting format added a bit of spice to the recipe making the racing more fun and challenging for everyone.

I’d have to say the track layout was one of the best layouts I’ve raced on in a long time. The flow was great, the jumps were fun, and at the same time very technical and fast. It had a great mix of everything that required a huge amount of focus as it was feature rich, but in the right doses. With sweeping in between each heat, the traction was excellent and consistent for each run and an absolute pleasure to race on. Huge thanks goes out to Joshua Wade and the Cottage Grove crew for their hard work and effort on making such a wonder race track! Bravo!

Here are the results for the weekend. 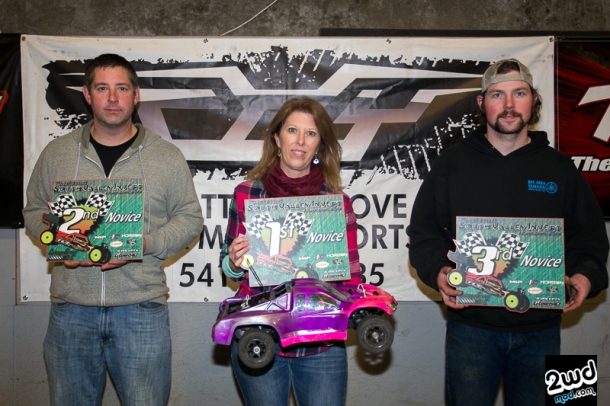 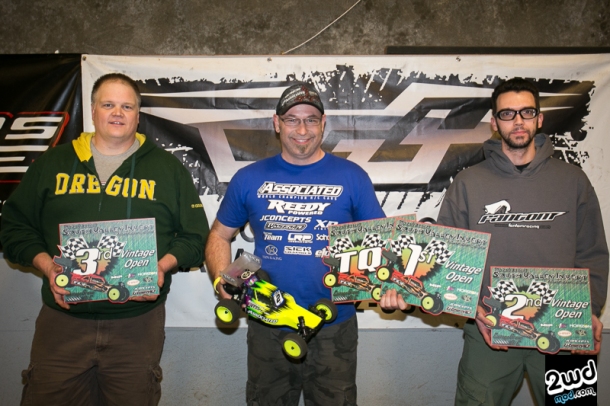 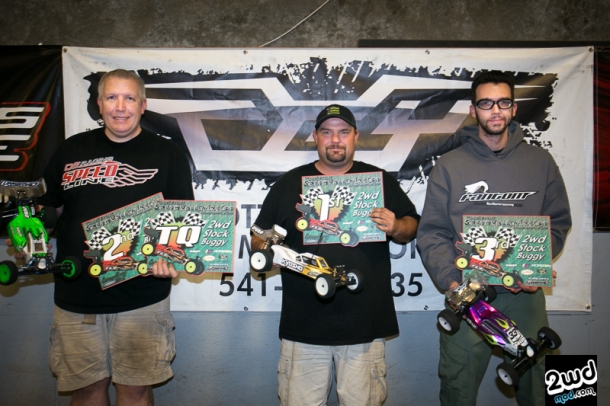 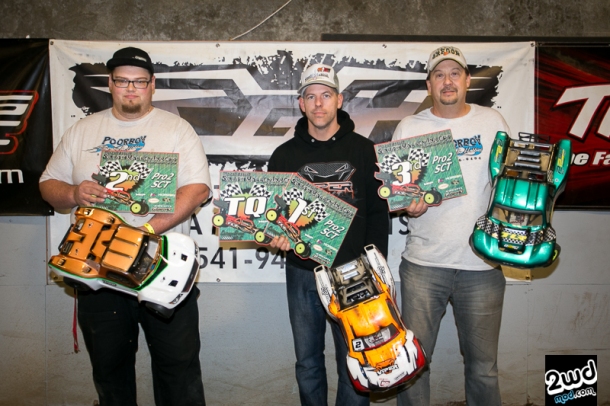 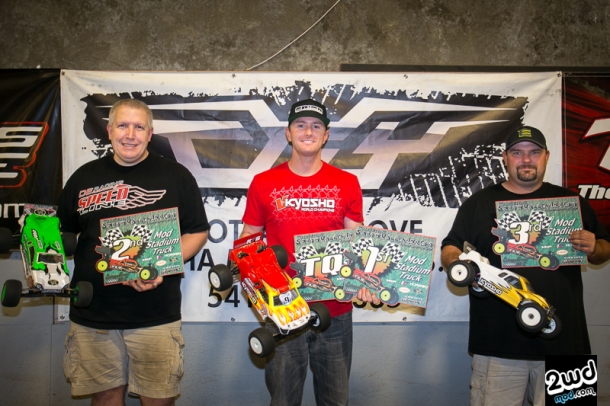 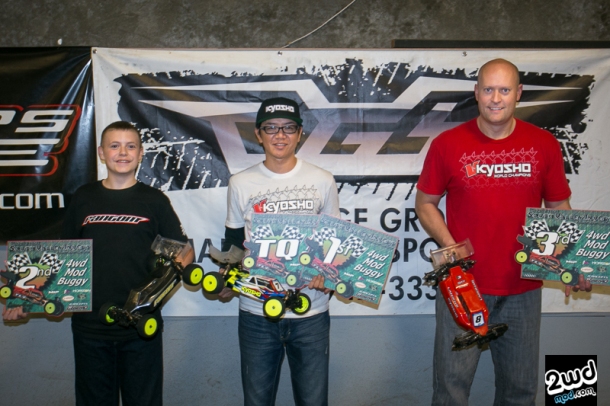 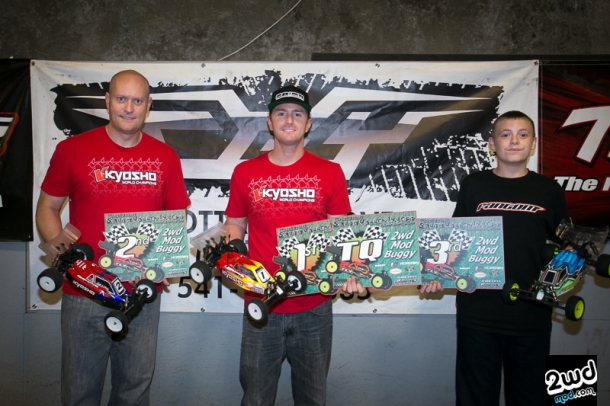 A1 – Kyosho/Orion’s team manager, Joe Pillars, was on fire all throughout qualifying having TQ’d all three rounds in modified buggy and put his RB6 in the front of the grid. At the sound of the tone, Pillars led the field across the line and already started to extend his lead. Unfortunately, a 2nd lap mistake costing him 2 seconds would group everyone back on his bumper. Charging hard from 4th place was Kyosho’s Roger Seim, whom quickly moved into 2nd and found himself challenging for the lead. However, a quick recovery allowed Pillars to put down laps and extend his lead once again, but while making his way through traffic, suffered another crash and allowed Seim to close up and battle for the lead. By the end of the race, Seim and Pillars were in a heated battle as spectators cheered as they drag raced to the finish line. Pillars would emerge victorious and edged out his teammate by .2 seconds! Jackson Andres would round out the top 3.

A2 – Now with the inverted start and having won A1, Pillars would start 10th on the grid, Seim in 9th and Andres in 7th. The possibility of winning 2 and out was still there, but with the reverse order it would be extremely difficult. Pillars, as always, is up for a challenge. As the tone went off, the Kyosho team manager was already charging through the field and by the 1st lap moved into 8th. Driving cautiously and avoiding any potential wrecks, Pillars would slowly work his way to the top and by the 8th lap he would find himself in 2nd and pursuing after the leader who was Schumacher’s Miguel Andrade. With less than 40 seconds left, the pressure was too much for Andrade as he made a mistake and allowed Pillars by and cruise the last 3 laps and take another victory. Miguel Andrade finished 2nd and Jackson Andres 3rd.

A3 – Having won A1 and A2, Pillars had the luxury to watch from the sidelines as the rest battled for 2nd and 3rd. The final round of 2wdMod was about to go down and the intensity was at it’s peak. The tone went off and leading the pack was young Jackson Andres, but on the 4th lap, Jackson crashed on the triple that allowed Roger Seim to move into the lead. Once there, Seim never looked back. Masterfully controlling the gap between him and Andres, Seim would finish 1st with Jackson Andres in 2nd. 3rd would be another up and comer, Elijah Gibbs with team Schumacher.

Here are the podium finishers in 2wdMod.

Here are a few photos from the event. Thanks again for stopping by and checking out this report. It was great racing in Cottage Grove and I highly recommend making the trip down. The friendliness was overwhelming and nice to know that it still exists in this world. 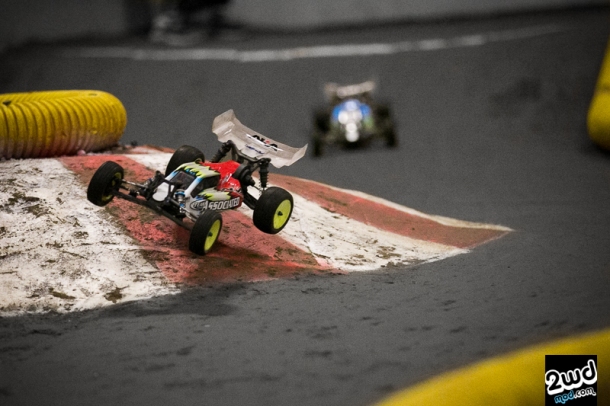 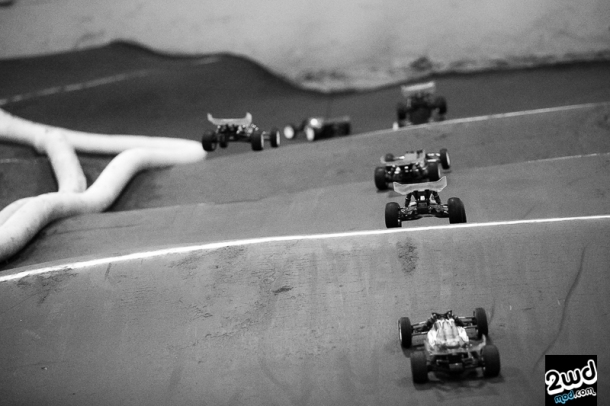 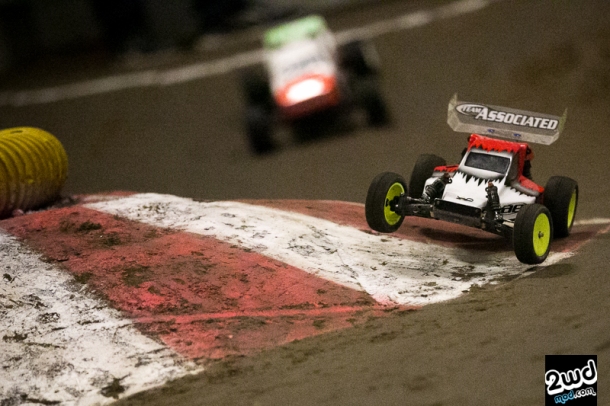 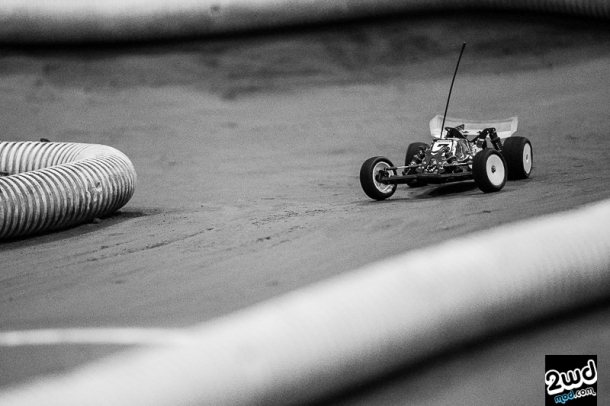 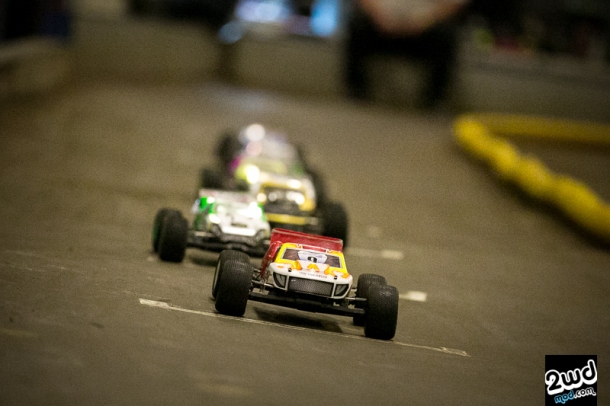 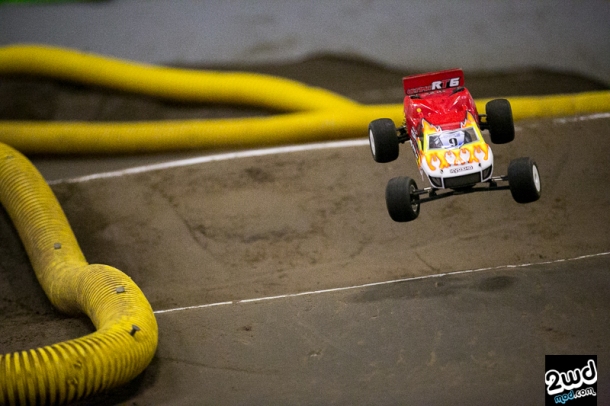